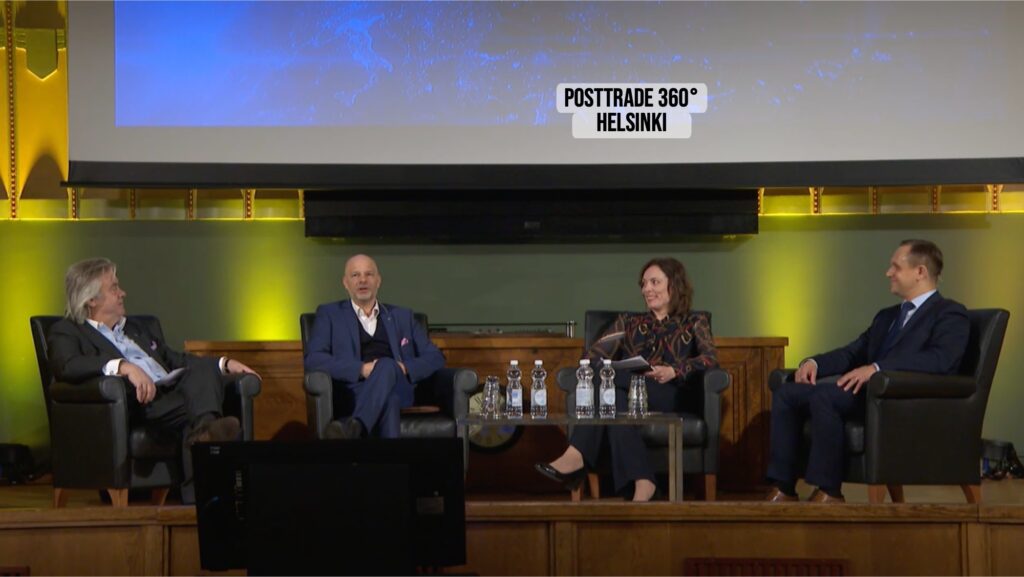 Finland is ready for when the rest of the Nordics align

VIDEO | For members, the move to a new platform at Finnish CSD Euroclear Finland has supported a decrease in incidents and new possibilities to centralise issuance – yet cost savings are still to be realised. A panel at PostTrade 360° Helsinki looked into the current market developments.

“The direction is right but we still need to go there,” said Janne Palvalin, Head of Sector & Infrastructure, Nordea Wholesale Banking Operations.

Saija Korkala took a positive view overall, noting among other things that interruptions had become rarer. And asked about whether the “Infinity” implementation would be a good idea also for the sister CSD in Stockholm, Euroclear Sweden, Nordea’s Janne Palvalin gave a clear yes.

“Especially for participants like Nordea and SEB, who are active both in the Swedish and Finnish market.”

Further cost savings could be possible as other countries, too, get their infrastructures more standardised under the T2S harmonisation. And some operational friction could remain as long as the Nordics run segregated accounts for each beneficial owner while the T2S system is designed to fit Europe’s dominating “omnibus” structure.

That said, members can already reap operational benefits from possibilities to centralise the issuance of some securities, such as warrants, in one Nordic country rather than having to issue them in several CSDs in parallel.

This panel followed this presentation of the Infinity implementation, by Euroclear Finland’s Anu Puttonen.

• News from the PostTrade 360° Helsinki event is gathered here.
• The 32-page pdf magazine, which includes the agenda, can be downloaded by clicking here.
• For a 3-page breakout of the agenda section, click here.
• By the way … are we connected on LinkedIn already, among the 2,000 post-trade pros who are? Follow us here.