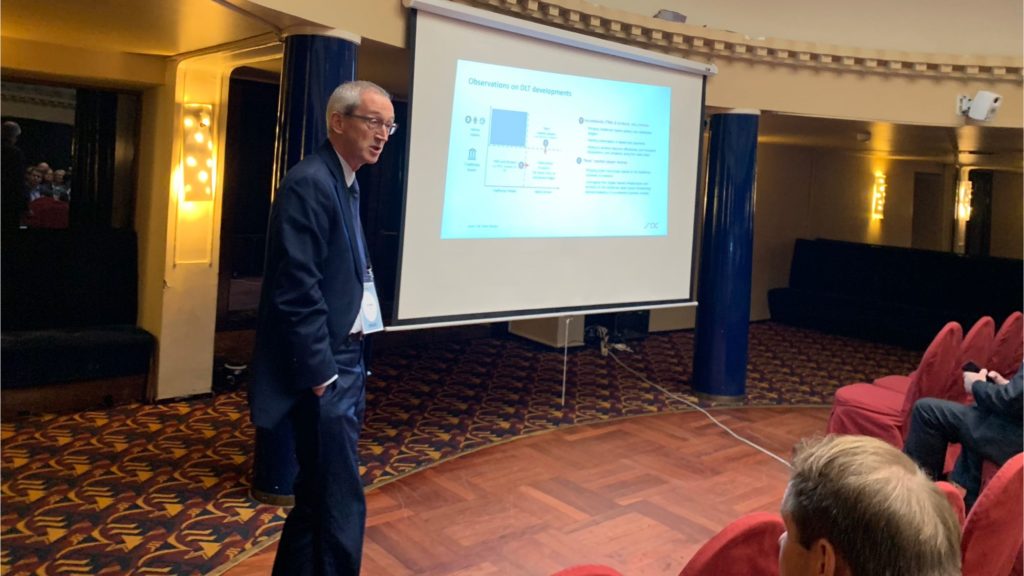 “Our role will not be disintermediated – but changed”

Urs Sauer – chair of the working group on digital ledger technology (DLT) with the International Securities Services Association (ISSA) – summed up the industry’s current view on crypto assets in a session at PostTrade 360 Helsinki.

The technology track, on the lower floor of Helsinki’s old stock exchange building Pörssitalo, saw Urs Sauer of SIX present ISSA’s recently produced report on the impact of the new cryptoassets and DLT solutions on the post-trade industry.

All according to the report, crypto assets are here to stay and have the potential to profoundly disrupt the incumbents in the post-trade area. But even so, rapid transition is unlikely to occur.

Demand is still there

“Our role will not be disintermediated. Regulation demands it, and the market demands it. But it will change, and it is not clear who will be playing the role,” said Urs Sauer.

The development of post-trade services around crypto assets have been hampered by the load of technical distinctions and definitions that need to be made – especially since regulators of different countries have taken different positions.

”Some have said crypto assets are not securities, others have said they are not currencies,” says Urs Sauer, noting that the answer is still out there on what they indeed are.