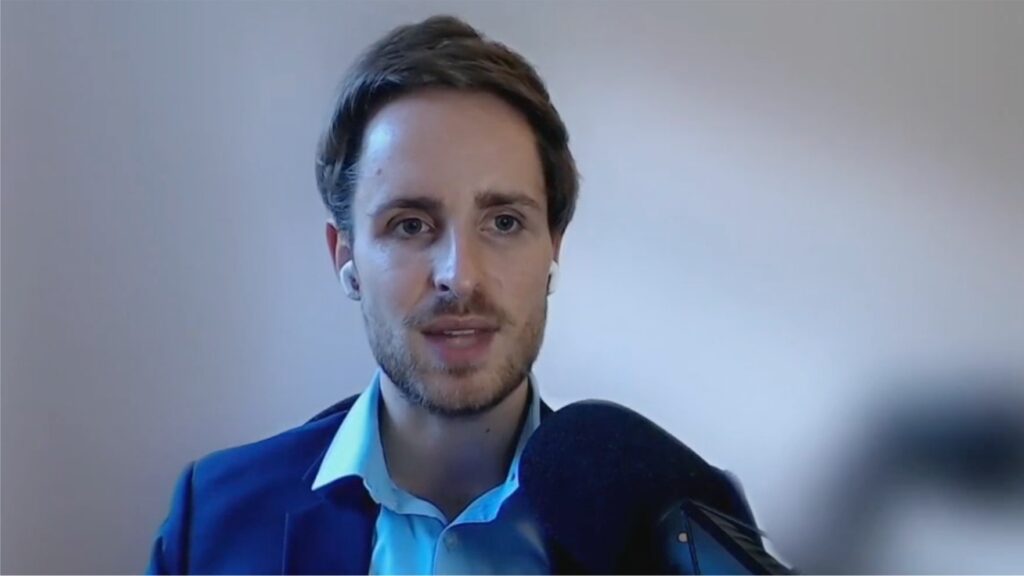 VIDEO | For DLT to deliver on its promises of efficiencies along the securities lifecycle, the money, too, must live on a distributed ledger such as a blockchain. As part of a “Block Block” of five short sessions at the recent PostTrade 360° Copenhagen conference, Jonas Gross from the Digital Euro Association shared his view of where we are at right now.

“We have seen great progress around bringing assets on chain, this is the first step. And when we talk about wholesale banking, the second step is now more and more approaching reality: bringing the money on-chain,” says Jonas Gross, who is chairman and co-founder of the Digital Euro Association, and a member of the leadership team at Berlin-based system provider Etonec.

The 15-minute interview with Jonas Gross formed the fifth and last part of a DLT-focused 75-minute block within the PostTrade 360° Copenhagen 2022 conference. After an introduction by block moderator Olaf Ransome, interviews had followed the securities lifecycle from the topic of issuance, via trading, to settlement and custody. Different speakers through the block had highlighted the critical role of an efficient on-chain money supply and infrastructure. One reason for the urgent need is the current mismatch between “TradFi’s” custom of settling trades with a delay to allow for the money allocation, versus the current state of decentralised finance, “DeFi”, where any purchase must normally be pre-funded. (To be precise, Olaf Ransome made reference more generally to “the means of payment”, rather than necessarily “money” as such.)

Many of the world’s central banks are considering issuing their own central bank digital currencies (CBDCs), but none is yet around. Private-issued “stablecoins” – tokens more or less rigorously backed by reserves of fiat currency – exist, but are held back by a number of factors, including immature regulation and lacking interoperability between platforms.

”So, it is quite early, but I think there will, in the end, be a kind of coexistence, so that both forms of money will be there. And then it’s basically up to the market also to decide which one gets the most demand and is most relevant,” says Jonas Gross.

• News around PostTrade 360° Copenhagen 2022, on 20–21 September, is gathered here.
• The conference info site, with detailed agenda, is here.
• By the way … are we connected on LinkedIn already, among the 2,500 post-trade pros who are? Follow us here.