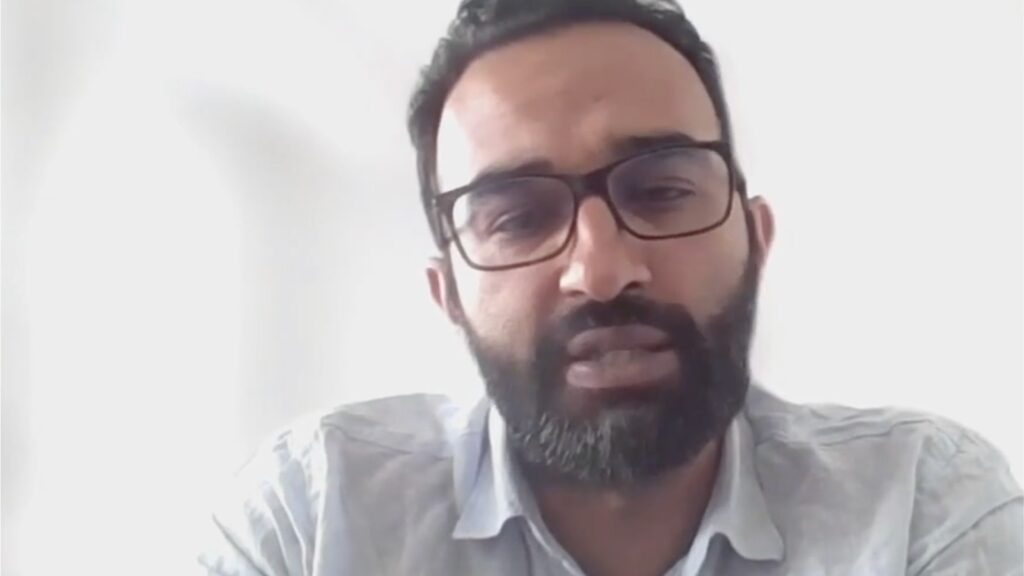 VIDEO | Issuing securities by distributed ledger technology could give us a post-trade world with zero document inputs. This target was presented by Naveed Nasar, of British fintech Agora DCM, within the blockchain-dedicated 75-minute block at PostTrade 360° Copenhagen.

How distributed ledger technology could cut out time-consuming document handling from the pre-issuance process, was the starting topic for the 15-minute interview with Naveed Nasar, led by banking-operations senior Olaf Ransome, moderator of the event’s 75-minute premiering “Block Block”. But additionally, the possibility to create programmable securities could bring efficiencies through the full lifecycle of the issued securities.

By sharing a “golden source” of data, all the collaborators to a bond deal could reduce the work they waste on sending around mails, spreadsheets and PDFs. According to Agora Digital Capital Markets, where Naveed Nasar is a co-founder, this would save time for issuers, investment banks, issuing and paying agents, custodians, CSDs, and others. To function in finance, this would need to be done in a way that guarantees the privacy, too.

“Then you combine that together with these things called smart contracts; think of them as tokens that exist on a DLT infrastructure, that can be programmed to really mimic or digitise the lifecycle of a security. Once you bring all of that together into the issuance part of it, then I think a lot of the post trade activities around that can become much more streamlined.”

Takes a lot of digitisation

Naveed Nasar lists three elements that would need to be adapted before the whole chain of activities could work fully efficiently:
• a digitised workflow environment,
• the ability to execute, document and create document without impinging on a purely digital process, and then finally
• having a digital security (a token) of programmable security at the end of it, “which is 100% accurate in terms of its representation of the legal contract”.

This means a digital model is needed not just of the data, but also for the logic by which it should be handled: who should do what and when, according to the contract.

“So if you could combine these three elements … then I think you have the basis for a post-trade world which can be super efficient, because maybe we can get to a place where documents are no longer an input to any process.”

“If I sent you a JPEG or a screenshot, even if it was just data, the job for you to extract the data from this screenshot is not an easy task. There are very few solutions which are 100% accurate in order to achieve that, simply because one person calls it a coupon, another person calls it interest rate … and a third person misspelled ‘coupon’ in the first place. So you can’t ignore the documentation issue, because that is still a core component of the lifecycle of an instrument.”

Post Tags: Agora DCMDLTIssuanceNaveed NasarOlaf RansomePostTrade 360° CopenhagenVideo
Alexander Kristofersson
Previous PostESG data is on a good track … inching forward
Next PostThese will be the two stages of digitalisation in settlement and custody