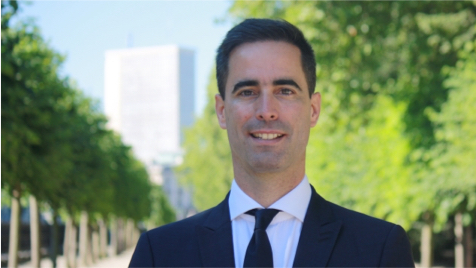 Europe’s CCPs: Our “skin in the game” is enough

[Update: Late on Friday 29 January, EACH interestingly came to recall its release behind this article.]
It is an ongoing controversy between the CCPs and their big market participants … how much of its own capital the clearing house should risk against potential costs of a member’s default. A new paper from the European Association of CCP Clearing Houses (EACH) repeats the CCPs’ position that their existing “skin in the game” is enough.

On average, the central counterparty clearing houses (CCPs) of the EU and UK are committing 1.6 times their yearly profits towards the end of protecting members from loss in case another member defaults. This, EACH states in its new 16-page paper “Carrots and sticks: How the skin in the game incentivises CCPs to perform robust risk management”, downloadable here. (Pictured: EACH secretary general Rafael Plata.)

All about the waterfall

The line of argument as such is far from new, though. PostTrade 360° has written several times about the heated discussion between the world’s CCP community and a group of its leading stakeholders, both banks and asset managers – on the issue of recovery and resolution. Simply put, it’s about the size of the bill that the CCPs should pick up when one member defaults on its counterparty obligations.

Big market participants, such as Goldman Sachs and Vanguard in the initiative mentioned here, argue that the CCP skin in the game is too small a fraction of what might be needed to cover for a major default. The rest of the costs would be passed on to the non-defaulting members – which they find not only unfair but also potentially destabilising for the whole economy.

CCPs argue back that the purpose of its skin in the game is not to guarantee full compensation to everybody, but to incentivise the CCP to rigorously perform its duty of monitoring its members’ exposures, and continuously adapting their margin requirements for full safety. See for example this outspoken PostTrade 360° interview with Richard Metcalfe, head of regulatory affairs at the World Federation of Exchanges which also speaks for CCPs.