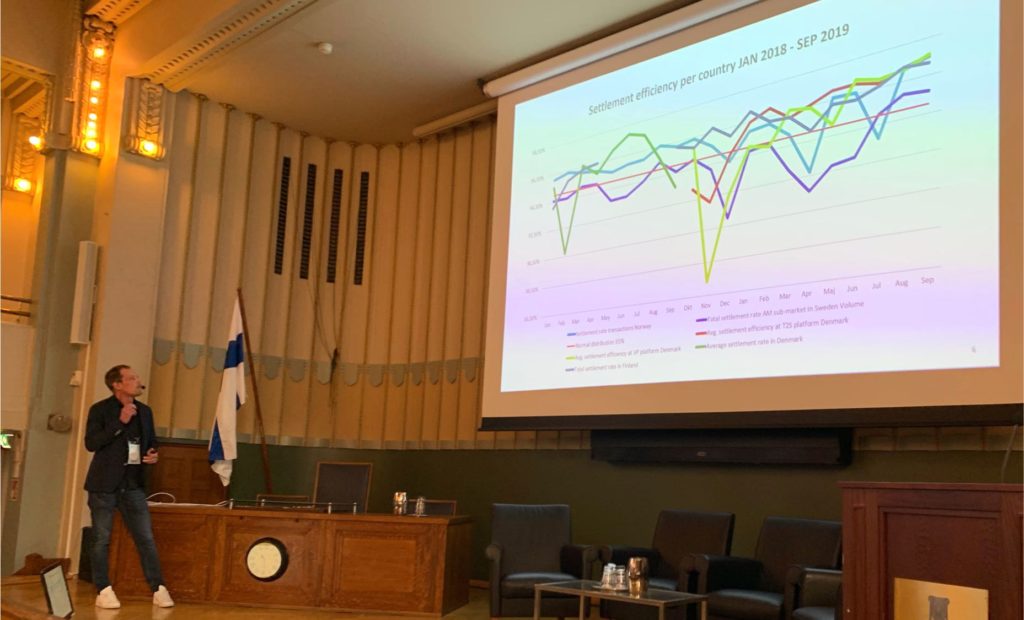 This is how Nordic countries compare in settlement rates

On the PostTrade 360 Helsinki stage on Wednesday morning, Heikki Kukko, head of operations for broker-dealer Nordnet in Finland, presented a survey he has performed of settlement rates across the four big Nordic countries’ CSDs.

The struggles of Denmark’s VP Securities, in its transition to T2S, reflect in a deep temporary curve dip. Strong improvement since then has brought its curve back up, however, to top level and still trending upward.

“This gives some keys to where we could improve,” says Heikko Kukko about his study. “As an industry, and as industry actors, I think we should work more with the settlement failures.”

That said, he refrained from declaring a clear overall Nordic champion.

As for the impact of the European CSDR regulation, Heikki Kukko concluded that it does not fix all primary root causes of the settlement failures. There are many factors having simultaneous effects on the “random variable” of the outcome.

“And we can not observe any significant difference in settlement efficiency between the Nordic countries,” he said, clarifying that deviations could not be explained by any single factor.