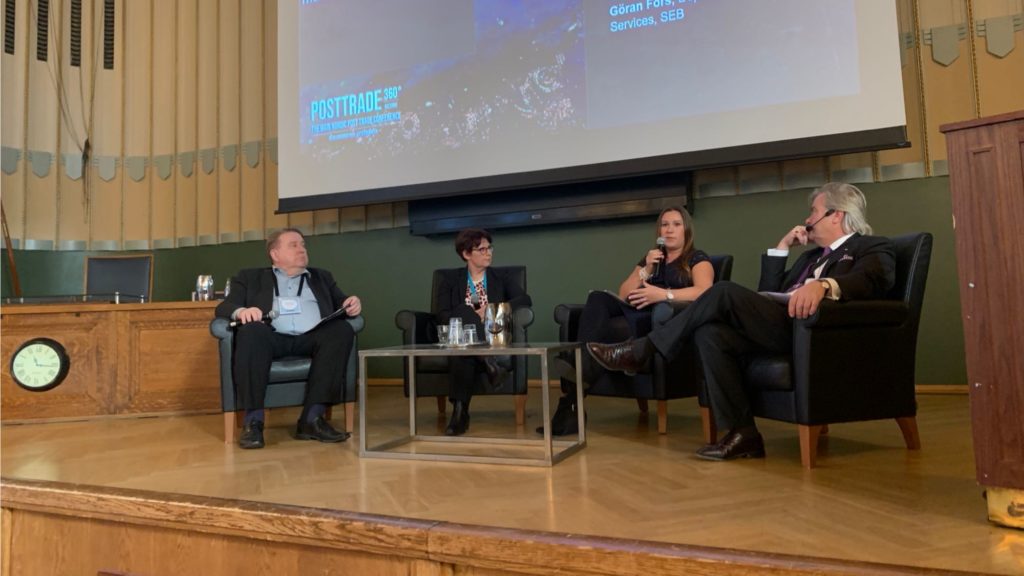 “All that makes us bigger is a benefit”

The news that Finland’s CSD will migrate to the pan-European T2S platform in 2022 is a reminder that Finland is not an isolated securities market, but an integrated part of the European market. This was one of the conclusions of a panel discussion at PostTrade 360 Helsinki on Wednesday morning.

The news that Finland is joining T2S had been officially announced on the same stage only an hour earlier.

“We are a small market, so everything that makes it bigger is a benefit for us”, said Pauliina Lappeteläinen.

New classes could be added

On a question from moderator Göran Fors, Anu Puttonen of Euroclear Finland expressed a positive view to the idea of expanding the scope of services notably, on the back of the move to T2S.

“Dealing with the CSD has often been very paper-based,” she said, adding that her company is now looking into the opportunities of introducing several new instrument classes and getting new issuers onboard.

“Its also for the benefit of the Finnish financial markets that we are doing this,” she said.