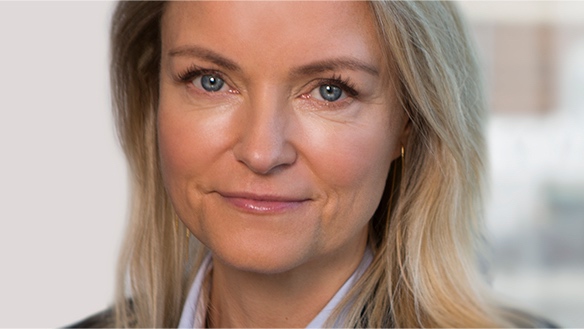 Maria Hjorth: “By working together we reach further”

With the bulk of EU regulation implemented, and Euronext post-merger activities started, the Danish CSD’s new head Maria Hjorth is getting her organisation ready to step up the product development.

[PostTrade 360° Copenhagen on 23–24 September will see Euronext VP Securities CEO Maria Hjorth take part in a panel on the future of Danish post trade, at 09:00 Thursday. Anthony Attia, member of the managing board of Euronext, will hold the opening keynote Wednesday. Read more and sign up for the digital conference here.]

“We have reached out to the other CSDs in the group – VPS in Norway and Interbolsa in Portugal. This is one of the key advantages of becoming part of the group. By working together we can reach further in developing the services,” says Maria Hjorth, CEO of VP Securities – the Danish central securities depository which was acquired by European exchange operator Euronext after an announcement in April.

Her succession as CEO after Niels Olsen, in turn, was publicly announced early August. She should be well familiar with the issues, having worked with the company as deputy CEO since February 2019.

(PostTrade 360° has followed Euronext’s entry into the Nordic market through several articles, including these interviews with VPS head Audun Bø, Euronext CEO Stéphane Boujnah and Maria Hjorth’s predecessor Niels Olsen.)

The dialogue among the three CSDs of the Euronext group is in an early phase, and it remains to be seen who will be focusing on what.

“Yes, there is economy of scale from the merger, but it is also a result of the overall harmonisation,” she says, pointing to the EUs Central Securities Depositories Regulation framework (CSDR) which aims to level the playing field for open cross-European competition in CSD services, and the Target2-Securities (T2S) platform that will support it all technically. VP Securities was the pioneer in implementing T2S, and in early 2018 one of the first to be granted the operating license under CSDR.

“T2S and CSDR are making the markets all the more aligned. They do make it less needed to have very local CSDs in all countries,” says Maria Hjorth.

This does not mean letting go of the national flavours. On the contrary, coordination of the standard operations should free resources to nurture niche products.

“Denmark’s unique mortgage bonds will remain a very important part of what we do. They are key for us,” says Maria Hjorth.

“Not yet, but we see what goes on in countries around us, and we can see what is on the agenda of the large global custody banks.”

The entry-into-force of CSDR’s settlement discipline regime, with its debated mandatory buy-ins and fines for settlement failures, has been postponed to February 2022, but a long list of heavy post-Lehman regulation efforts have now been ticked off at Europe’s CSDs. The new Shareholders Rights Directive, SRD II, went live on 3 September.

“Big regulatory projects like that limit how much can do otherwise,” says Maria Hjorth.

Joining with the group’s other CSDs, she expects that they will benefit from pooling their product development resources, but also from sharing their experiences as they implement future regulations.

“When your CSD works alone in one country it can be hard to find real sparring in discussing the business models or the complex regulatory projects.”

Growth potential near the core

So when it comes to developing new offers – what could they, hypothetically, be about?

“I see good potential for growth in services at the border between core CSD services and ancillary services – which we could, to a large extent, develop in one country and sell in several,” says Maria Hjorth.

“Then during 2021 it will become clearer how Euronext as owner of VP will benefit clients.”

Has led a subsidiary before

So what are Maria Hjorth’s priorities as she takes the helm at Euronext VP Securities?

“The key focus is to continue what we do, the core CSD services. But we will also be getting to know each other better within the group,” she says.

“The transition is a very important task, significant both for VP Securities and for its employees.”

This is not the first time she heads a regional subsidiary of a large listed group. There is important difference between running a standalone national company and a subsidiary to a multi-national, she emphasises. Making the distinction between “what can be negotiated and what cannot” becomes an important aspect of decision making in the international setup. Maria Hjorth is convinced she will benefit from having done just this at Mercer, the US-based consulting group whose Danish activities she led from 2014 to 2019.

How would she describe herself as a leader?

“I am very involving and ask a lot of questions. I can be perceived as very direct but it also makes me transparent. We are a shared unit and we need to share concerns on risks to be able to address them. There needs to be a willingness to have open discussions, then clear responsibilities and close follow-ups. Then, based on all the good input, I make decisions together with the management team and we execute on them.”