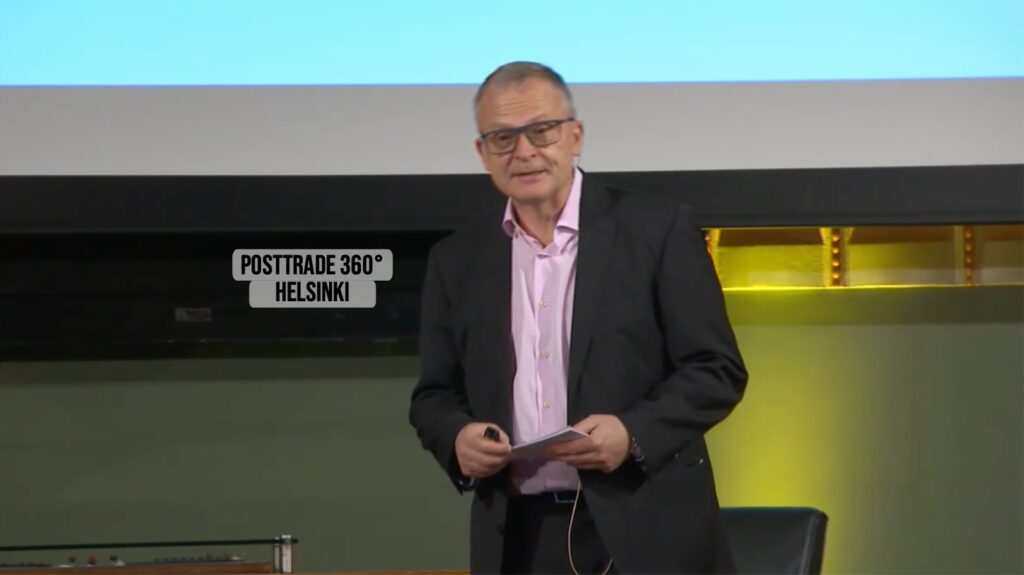 [VIDEO] BNP Paribas’ Alan Cameron led the “Juke Box Jury” as this year’s PostTrade 360° Helsinki conference got going Wednesday morning. On the topics of T+1, ISO 20022, buy-side clearing and digital assets … see Finland’s voting results here, on whether they will be hits or misses.

Alan Cameron is head of client line advisory with BNP Paribas Securities Services. He expects upcoming post-trade innovation to happen largely in the area of efficiencies, after a decade of more foucs on trust – and in the market area rather than in market participants’ internal processes.

(For result graphs, scroll down.)

And as for Europe, Alan Cameron sees plenty room for improvement to the capital markets. Europeans point fingers at American companies, telling them how they should behave. But one question to ask could be why the world-changing companies are not European in the first place, and why European companies are not changing the world more than they do.

The voting results put all four phenomena in the “Hit” domain. New messaging standard ISO 20022 was deemed a hit by far, and so were the digital assets.

A video from the session could appear here soon. Before then, you can see the video from when Alan recently ran his presentation at the PostTrade 360° Copenhagen conference.

• News from the PostTrade 360° Helsinki event is gathered here.
• The 32-page pdf magazine, which includes the agenda, can be downloaded by clicking here.
• For a 3-page breakout of the agenda section, click here.
• By the way … are we connected on LinkedIn already, among the 2,000 post-trade pros who are? Follow us here.