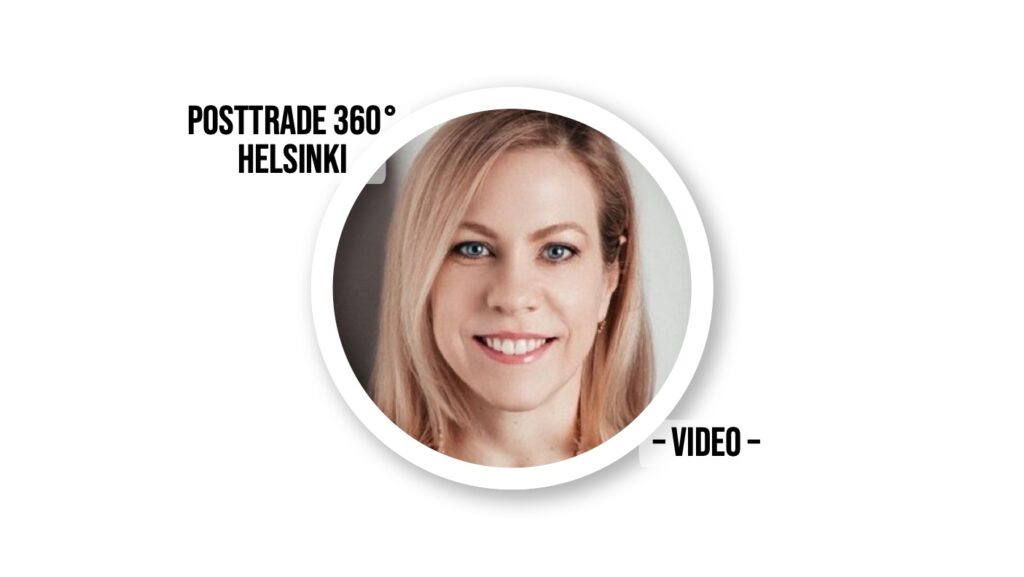 Fasten your seatbelt and get ready for a rapid ride into the deepest insights of post trade DLT application. DTCC, the US CSD, is among the most vocal traditional organizations in spelling out the potential advantages of a DLT-enabled future – and in this video from PostTrade 360° Helsinki, Jennifer Peve simply tells her story to share the logic of it all.

Project Ion focuses on the new opportunities to cut the settlement time from today’s T+2 basis to T+1 or even T+0. (Since this video was recorded, the discussion has been affected by the investor crowd drama around GameStop and others in January 2021, and DTCC has communicated that T+0 as such may not be a feasible goal despite the big advantages in principle.)

Project Whitney, on the other hand, is exploring the value of an off-chain digital securities management platform, based on a public blockchain protocol, for issuers and investors in private market securities – not least so-called Reg D exempt securities. A functional prototype has been designed as a modular platform, with various services to support issuance distribution and secondary transfer of tokenized as well as traditional uncertificated securities and private markets.

“The overarching idea was to create this digital securities management platform, where DTCC provides resilient, secure and efficient infrastructure with core capabilities such as transaction consent and suitability enforcement, and authoritative stock record, API interfaces, and issuer and investor registries,” says Jennifer Peve (at about 17:45 in the video).

“Our goal was not to be everything to everyone. The capabilities and services we chose to support on this platform prototype were ones that we determined were non-differentiating and would ultimately drive greater value and benefit for the ecosystem if they were centralized and distributed.”