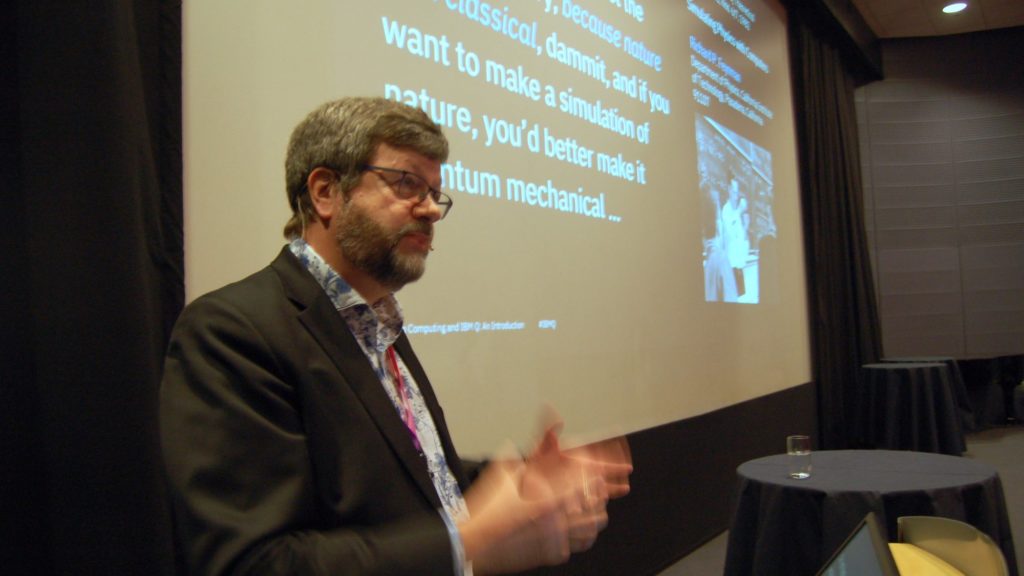 Within some decades, so called quantum computers will be able to pick apart the encryption around most of today’s data. On stage in Oslo, Mikael Haglund of IBM suggested the post-trade industry should start planning.

Are you holding confidential data for clients? Soon it might not be secret anymore.

“The crypto clock is counting down,” said IBM Sweden’s chief technology officer Mikael Haglund, speaking on the topic at the PostTrade 360 Oslo conference on Thursday.

“If you have data that should never come out, you have to care today. Because if you have data that you are accessing or sending back and forth in the cloud – with good encryption for today – someone might listen in to that communication, saving it somewhere. Then, in the future when they have access to a quantum computer, they might be cracking it.”

His company is indeed a supplier of quantum computer processing already. So far, the technology is immature – but is moving forward. If it proves scalable it will revolutionise computing. Some decades into the future, quantum computers could potentially offer unbelievable computational powers.

Mikael Haglund mentioned JP Morgan as one of the financial institutions who are testing their hands at the quantum computing technology.

One expected use is that quantum computers could radically speed up machine learning – seeing patterns in large amounts of data, and adapt its own algorithms to fit. Asked about possible applications in finance, Mikael Haglund particularly mentioned two:

“We would probably have a quantum computer for specific tasks, for example a simulation or an optimisation of a financial instrument. Few variables, but a large base to examine,” he said.

“The cases we have seen, and heard others talk about, in the finance industry have been these machine learning optimisations and Monte Carlo method-style simulations.”

IBMs existing quantum computers are connected to the internet via interfaces, so setting up the connection does not require scientific skills as such.

“We don’t all need to be physics doctors,” said Mikael Haglund. “We could still call a sub-routine that does something for us.”