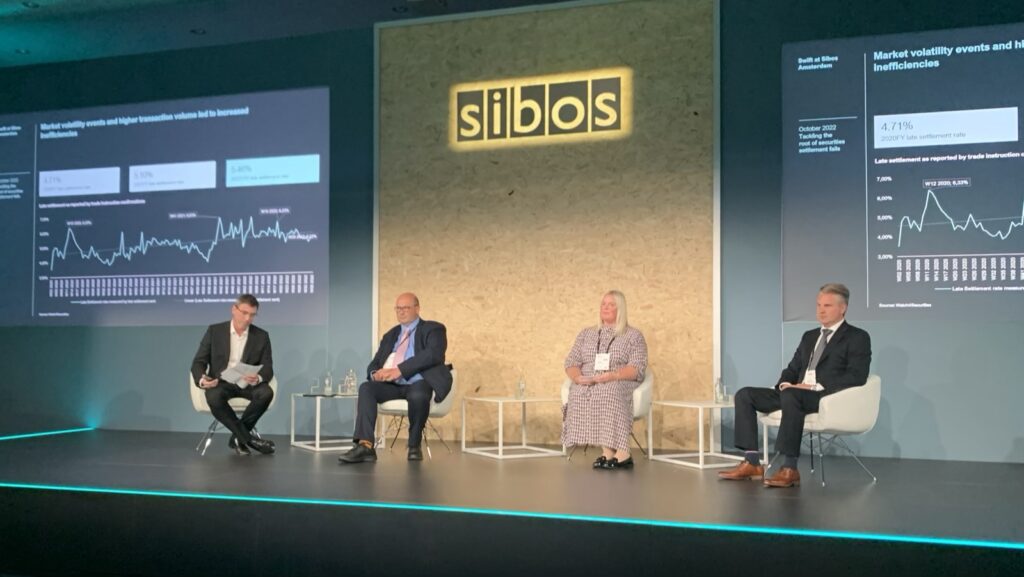 Settlement efficiency is getting worse, not better

Despite this year’s introduction of the settlement fail penalties under the EU’s CSDR regulation, settlement fail rates across the market have gone up, not down. A Monday panel at SWIFT’s Sibos conference in Amsterdam went for a quest of the root causes.

Ok, 80 percent-or-so of settlement fails are due to non-delivery of the security. But what is the basic reason for the security not being there in the first place?

“It is time to begin playing securities detectives,” said JP Morgan’s Emma Johnson, one of the speakers on a Monday panel at Sibos.

She took part in the panel together with
Paul Baybutt, HSBC, and
David Wouters, BNY Mellon, in a talk led by
Simon Daniel, SWIFT.

The launch of the Unique Transaction Identifier under the SWIFT framwork is one of the means to address the problem.

Lacking incentives for partial settlements was one of the contributing factors that were mentioned. Over time, so called auto-partialling might be a good thing to help solve the situation, Paul Baybutt suggested, but it would require market participants to be able to implement it.