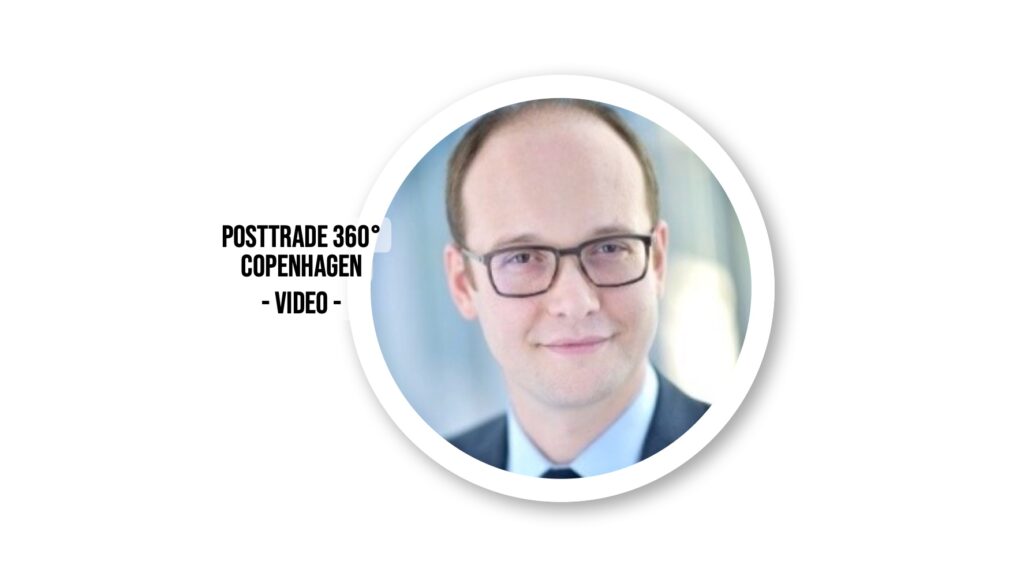 Find here the full-session video with Anthony Attia, board member of Euronext, as he shares his view of the European post-trade landscape and his group’s Nordic strategy in it. Despite regulatory efforts to improve CSD competion, cross-border obstacles remain high.

[This is an expanded version, now featuring the video, of our article on Anthony Attia’s presentation. The brief original version was published on the conference day, 23 September.]

Euronext’s Anthony Attia gave the keynote starting PostTrade 360° Copenhagen on Wednesday morning, 23 September. As member of the management board, with a heavy role in the post-trade area, he sees new opportunity for his groups three CSDs to take a strong position as Europe’s CSD market is being consolidated. Portugal’s Interbolsa was the group’s first CSD, Norway’s VPS was acquired in 2019 and Denmark’s VP Securities this summer.

To put the post-trade area in the bigger picture, Anthony Attia went through today’s industry situation in each link along the market operator chain: from listing to trading, clearing and settlement.

While he envisions opportunities, in the long term, for CSDs to cross borders with their offers in pan-European competition, he does not see today’s reality as anything near that dynamic yet.

“We see this kind of contradictory tension being set up. On one hand, policy makers and central banks try to create more competition between CSDs. And on the other hand, with some aspects of regulation such as CSDR, we see challenges for national CSDs to compete outside their borders,” says Anthony Attia (starting at around the 12-minute mark in the video).

“On the back of that, you have the setup of Target2-Securities and eventually the convergence with T2 as an invitation to harmonize and standardize more to the benefit, hopefully, of the client. But we have not observed a decrease of global cost because of that, just because the amount of specificity – the layers built up in the post trade locally – is still very, very high.”

“I don’t think it is realistic to have just one CSD in the Nordics,” Anthony Attia adds later in the video.

“We need to work to have competition,” he says, seeing that it brings cost efficiencies and innovation but also the ability to standardise what is needed across the industry.

That said, Anthony Attia also sees a need for the custody industry to take a clearer position for change.

“When we have discussions with custodians everyone says ‘we want more efficiency’, more harmonisation and standardisation. But when we ask if they are ready to invest in different technologies, and in migrating platforms, clients and flows, they are not sure they are ready for that. So there is a need to engage in a very detailed way, in a technical manner, to do that.”

Clearing is a fast growing part of the post-trade area, as market participants are incentivised by the EU to increasingly clear derivatives trades. Starting at around 10:15 in the video, Anthony Attia discusses the difference between equity clearing – where Euronext advocates open access – and derivatives clearing, where he sees no advantage in open access.

“We believe that derivative exchanges need to be consistent from trading to clearing, and we don’t see how open access could be a valuable setup in the clearing world,” he says with regard to the derivatives clearing.

(The openness to various clearing operators in the Norwegian market was topic for this panel discussion in PostTrade 360° Oslo in August.)

Alexander Kristofersson
Previous PostRoger and Sandra take over at Euroclear Sweden
Next PostBNY Mellon: “This is the new baseline to be our subcustodian”