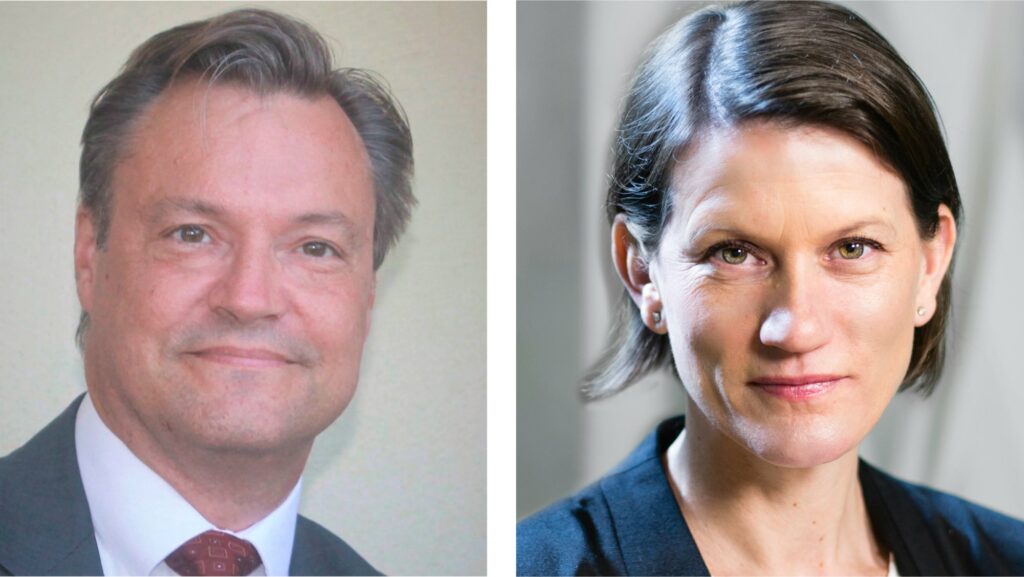 Roger and Sandra take over at Euroclear Sweden

Earlier in the year, Roger Storm left a position as deputy head of CCP Clearing at SIX x-Clear, and has held senior management and board positions across a number of companies and industry associations. Being Swedish, he moves home after twelve years of working abroad.

According to Euroclear Sweden’s press release, he “will be tasked with ensuring Euroclear Sweden progresses its strategic priorities as it strengthens further its proposition to both domestic and international financial market participants”.

Sandra Holmqvist is known to many in the PostTrade 360° audience as a moderator with several of our events – PostTrade 360° Oslo in August being the latest. She has spent her ten latest years with SEB, in positions including global network manager, derivatives clearing sales, and most recently a position as head of regulatory monitoring.

Post Tags: Euroclear SwedenRoger StormSandra Holmqvist
Alexander Kristofersson
Previous PostGöran is on-stage in Copenhagen
Next Post“It is not realistic to have just one CSD in the Nordics”