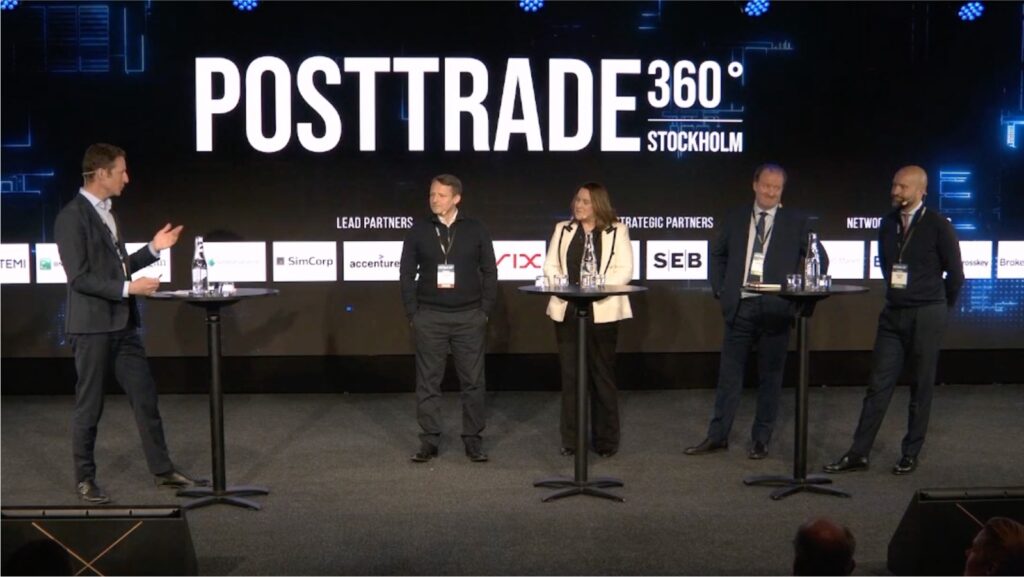 Clearing is hot in the news – but will participants benefit?

VIDEO | Four London-based representatives of different clearinghouses were on stage with PostTrade 360° Stockholm last week, for a look into today’s and tomorrow’s situation – under growing EU pressure to decrease reliance on non-EU-based CCPs. See their session here.

“It’s hot in the sense that it’s a hot news story, not necessarily a good news story. And it’s become one about UK versus Europe, LCH versus Eurex. But actually, it’s about the underlying clients. And I think that gets forgotten quite a lot,” said Ricky Maloney – himself London-based but representing Germany-based Eurex Clearing, as its Head of Buy Side Fixed Income Sales.

The determined policy by the EU to decrease its market’s “over-reliance” on UK-based clearing – by promoting EU-based clearinghouses and possibly incentivising market participants to use them – had been described earlier in the day by Emiliano Tornese of the European Commission (click here for summary and full-session video).

Several speakers seemed to advocate cooperation between the EU and UK rather than conflict.

“I think there has to be some kind of compromise between the regulators in the EU and the UK, otherwise, the market, the participants are going to be the ones that suffer,” said Brendon Bambury.

Let the white dots in the video player window guide you to sections also around swaps clearing outside the euro space, on current changes in OTC clearing, on the interoperability challenge, and the uptake of clearing volumes with pension funds in connection with their loss of a regulatory exemption.