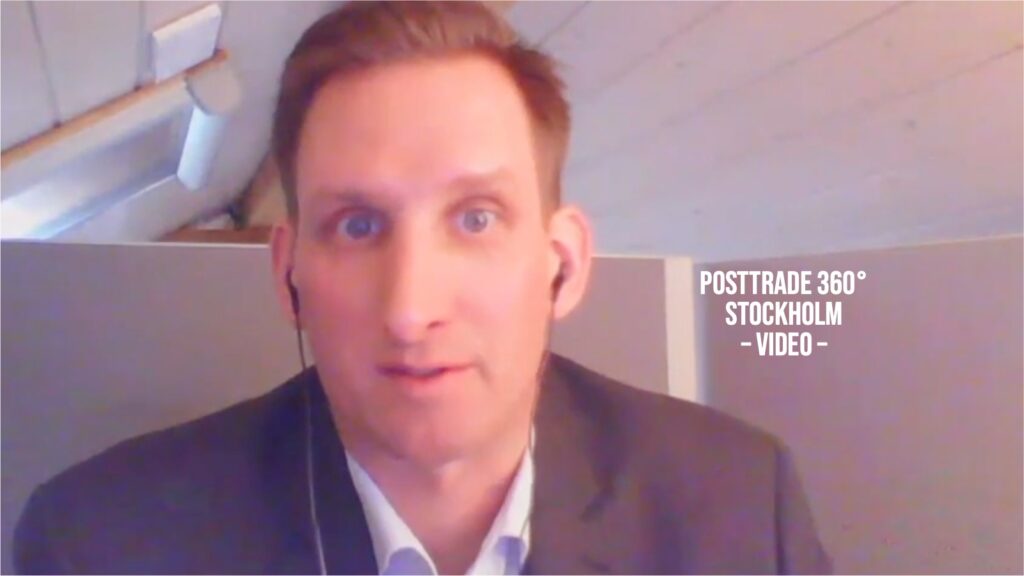 VIDEO | On the surface, digitally tokenized trade and settlement will not imply much change for issuers and investors, as their interfaces will work pretty much the same as with traditional bonds. But under the hood, for example, the clearing step disappears as trade and settlement are integrated. At PostTrade 360° Stockholm, Stefan Bosshard of newly started SIX Digital Exchange, explained the shift.

“Our exchange engine detects a match. But before confirming this to the participants, the exchange will check with the DLT-based central securities depository if both parties have enough holdings present. If the buyer has enough cash, and the seller has enough assets in the ecosystem, the CSD will signal this back to the exchange and the transaction will be executed and settled at the same time,” says Stefan Bosshard, who is product head of fixed income at SIX Digital Exchange (SDX).

The SIX Group announced the launch of its digital exchange last November, by issuing “the world’s first digital bond in a fully regulated environment”. The issue was made partly as digital tokens, partly as traditional bonds – with the two parts exchangeable to create a portal between the worlds of traditional versus digital assets.