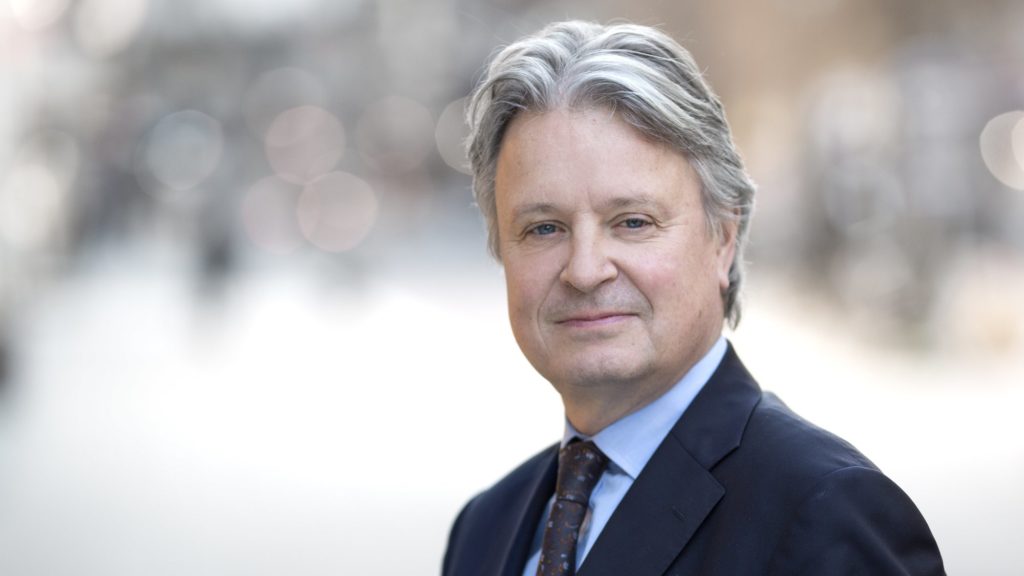 Nordea’s CEO Casper von Koskull, interviewed by Bloomberg, predicts that about ten years from now the headcount of the finance industry will be down by half.

”You can reduce the operational risk,” says Casper von Koskull, CEO of Nordea, about the prospects for his sector’s radical downsizing.

He predicts that a cut-to-half of personnel in the finance industry will happen, and that the business thereby ”actually becomes more robust”.

Casper von Koskull is interviewed by Bloomberg, in an article presenting him as the most powerful banker in the Nordics. It has been picked up by regional media including Realtid.

Germany up for shakeout

Nordea itself is currently cutting 6.000 jobs, and automating more functions – with a purpose to cut costs and make the bank easier to manage.

When it comes to the biggest potential for cuts in the industry, however, he appears to be pointing at other actors than his own giant bank.

”You have over-capacity, which means that the industry probably needs a lot less people than it has today, particularly in central Europe,” says Casper von Koskull in the article, specifically singling out Germany. ”When you look at deposit gathering, that’s really where the heavy load is.”

When it comes to competitive threats he sees them as coming not least from untraditional players, notably Amazon.

”If I would name one player which everyone in banking is looking at, it’s Amazon,” he said. ”That’s the one that’s operating differently. The adjacency to banking is so much closer than for Google or Apple or Facebook.”