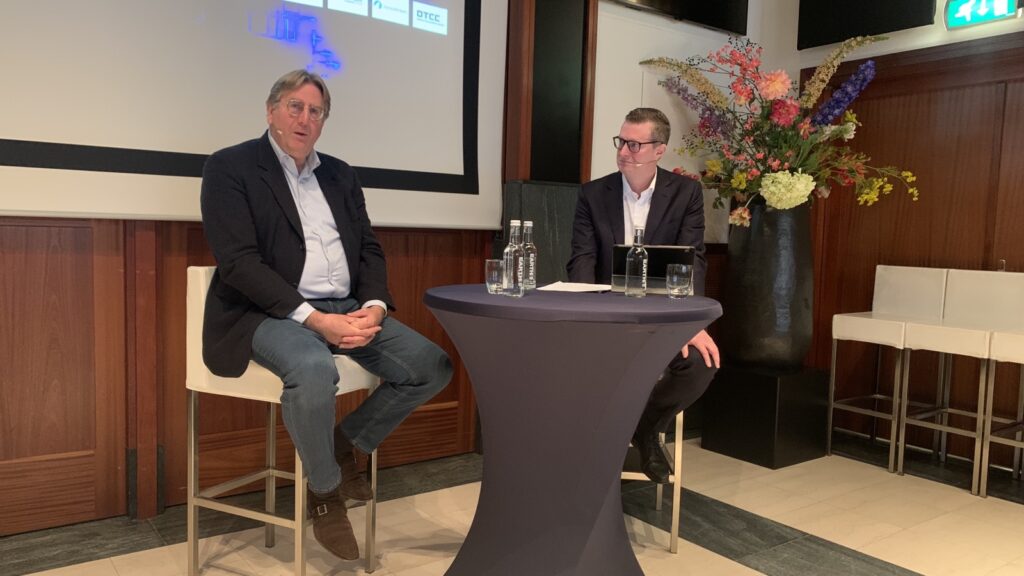 “It is better to do these changes radically”

[VIDEO] Throwing out the old KAS BANK systems, and going immediately for full CACEIS re-branding and the challenge of cultural integration across a French/Dutch organisation … On stage in Amsterdam on Thursday morning, Sikko van Katwijk, who has played a key role through the merger process, described the massive complexity of it. Even so, he has no doubt that rapid full integration was the right strategy.

A new term has been coined at France-based custodian CACEIS’ headquarters in Paris: “a Dutch moment”. That’s when an excecutive explicitly choses to disagree with her or his boss in a meeting – a new phenomenon to the French, but definitely not so to anybody Dutch.

The takeover of the Netherlands’ market-leader KAS BANK, by France-based CACEIS in 2019, was one of the European custody-bank industry’s most transformative events of the decade, not to mention its local impact in the country. From his position as executive chairman of the KAS BANK, then deeply involved with the operational aspects of the merger, Sikko van Katwijk (left in the picture) played a key role through the process. He was interviewed on the PostTrade 360° Amsterdam conference stage by Alpha FMC’s Bastiaan Aalders (right in picture).

For anybody wanting to stay mentally healthy, Sikko van Katwijk advices against going through these types of mergers regularly. The risk should be small, as this was one of the last open opportunities in Europe’s already highly consolidated custody market. This may also explain why these mergers are generally far between. Even so, the expanded CACEIS where he is now on the executive board recently announced that it is taking over RBC’s European business.

For some of the ex-KAS BANK staff, the changes were too much and they have left. System challenges were big, as the two custody banks had worked under different sourcing strategies too. Then on top, the Covid-19 pandemic hit just as the integration was getting going. Yet, while Sikko van Katwijk does nothing to play down degree of struggle needed, he does not blink an eye about the overall strategy to merge and to do so in all aspects as quickly as possible.

“It is better to do these changes radically”

• News around PostTrade 360° Amsterdam 2022, on 10 November, is gathered here.
• The conference info site, with detailed agenda, is here.
• By the way … are we connected on LinkedIn already, among the 2,600 post-trade pros who are? Follow us here.