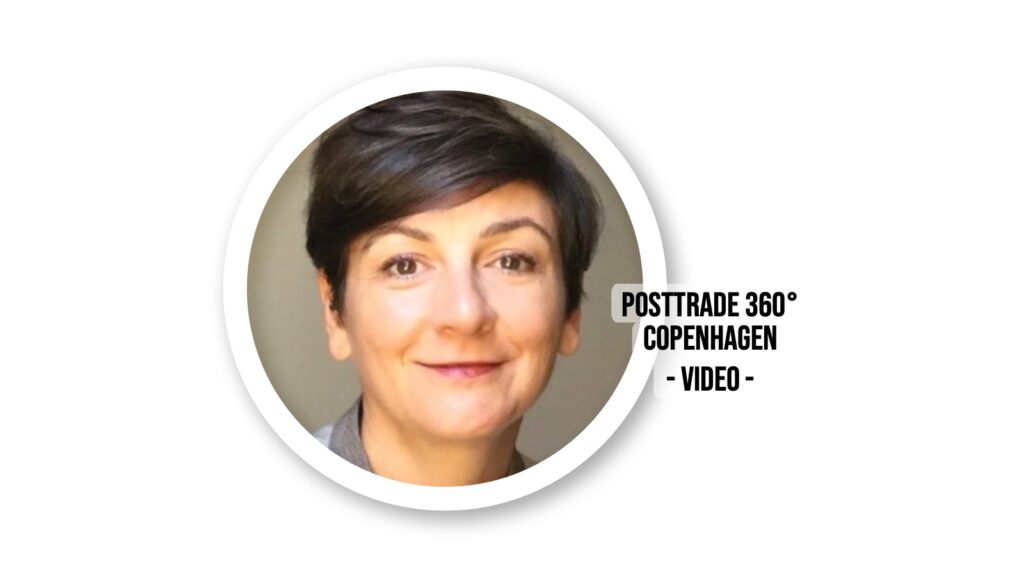 This is how she slices bonds into fractions

Are you curious how blockchain technology could change asset servicing? Don’t miss this eye-opening presentation by Northern Trust’s Danielle Henderson. Not only does she share facts from a pioneering project to enable small-fraction trading in traditional wholesale bonds. She also provides an educational overview of the assets that under transformation – and puts it all in the context of asset servicing history.

[This is an expanded version, now featuring the video, of our article on Danielle Henderson’s presentation. The brief original version was published on the first conference day, 23 September.]

“In August of this year, BondEvalue executed the first fractionalized bond trade on a distributed ledger exchange. We were the exclusive asset servicing partner,” says Danielle Henderson in this video – a live-recorded session of the PostTrade 360° Copenhagen 2020 conference in September.

Among many other things, blockchain technology makes it possible to trade bonds in tiny fractions of the chunks they usually come in.

“Fractionalisation is the ability to break down the traditional asset into smaller investable lots. That really will facilitate greater trading capability and increased liquidity, as well as accessing distribution opportunities for some of these alternative asset classes.”

The assets in question could be, for example, wholesale bonds, real estate investments, private equity funds – or even artworks or intangibles like copyrights. In BondEvalue’s case, in Singapore, the trading lots were sliced to $1,000, from an original size of $200,000.

Greater investor inclusion, as financial instruments such as bonds are sliced into mouthpieces for ordinary-people savers, is just one of the changes brought about by the entry of blockchain-enabled solutions. And then blockchain custody will co-exist with traditional CSD custody.

These were among Danielle Henderson’s forecasts on how many institutions will find themselves in a new landscape when blockchain solutions get more mature. Or actually, everybody in the industry is already being affected by the tokenisation.

“This is here and now,” says Danielle Henderson.

Post Tags: BlockchainBondsCopenhagen 2020Danielle HendersonDLTNorthern TrustPostTrade 360° CopenhagenVideo
Alexander Kristofersson
Previous PostBack to the future 4.0 – a digital journey
Next PostJoin us – via the web – in Amsterdam 28 October