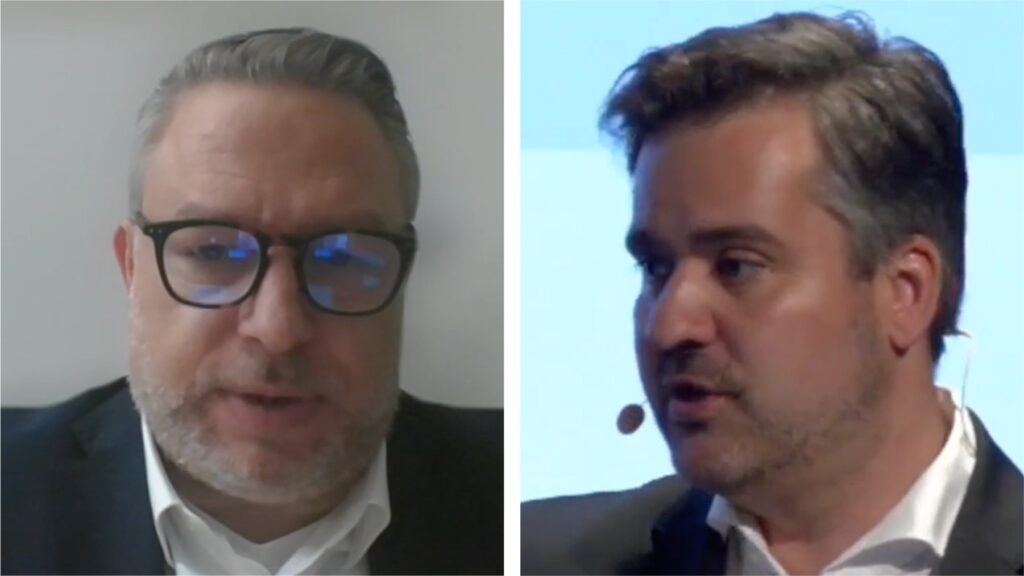 Germany’s development bank KfW – with a total outstanding debt at around 500 billion euro – has performed the country’s first bond issuance in the form of central register security based on the new German Electronic Securities Act (eWpG). This means a premier also for the Deutsche Börse group‘s D7 digital post-trade platform. Why not revisit our own conference-session videos with both stakeholders?

For background on KfW’s issuance, not least in the sustainability area, don’t miss this full-session video and article from treasurer Tim Armbruster’s participation with this year’s Nordic conference of our sister brand Treasury 360°.

By KfW’s spectacular standards, the 20 million euros raised in the pioneering digital issuance (with a 2.381-percent coupon over a two-year maturity) is a relatively humble amount. Yet, the process takes the giant outside its beaten path.

Could pave the way for other issuers

“This issue makes KfW a pioneer in its market segment and sends an important signal to market participants. The transaction ran smoothly and has paved the way for further issues from other issuers of fixed-income securities,” says Tim Armbruster, treasurer of KfW Group, according to Clearstream’s press release.

Clearstream is Germany’s central securities depository, owned by the Deutsche Börse group. Their new digital-issuance platform D7 is one of few in the world to have come far (with Switzerland’s SIX Digital Exchange being another rare example, and Australia’s failed system-replacement attempt being a reminder of the non-trivial character of this type of venture). The KfW bond issue is the first to take place on the D7 platform.

Jens Hachmeister, Clearstream’s head of issuer services and new digital markets, describes the D7 platform as a step towards “a new infrastructure for future-ready markets worldwide”.

“Like this, we offer our clients a significantly quicker and scalable solution for securities issuance. Following the successful launch of our structured products offering, we are now enhancing D7 to include the digital issuance of debt securities, such as commercial papers and straight bonds,” he states in the press release.

In September 2021, Jens Hachmeister took part as a speaker with PostTrade 360° Copenhagen, lining out the principles of the D7 initiative and the thoughts behind it. Click here for our video of his whole 23-minute session there, with a brief summary article.