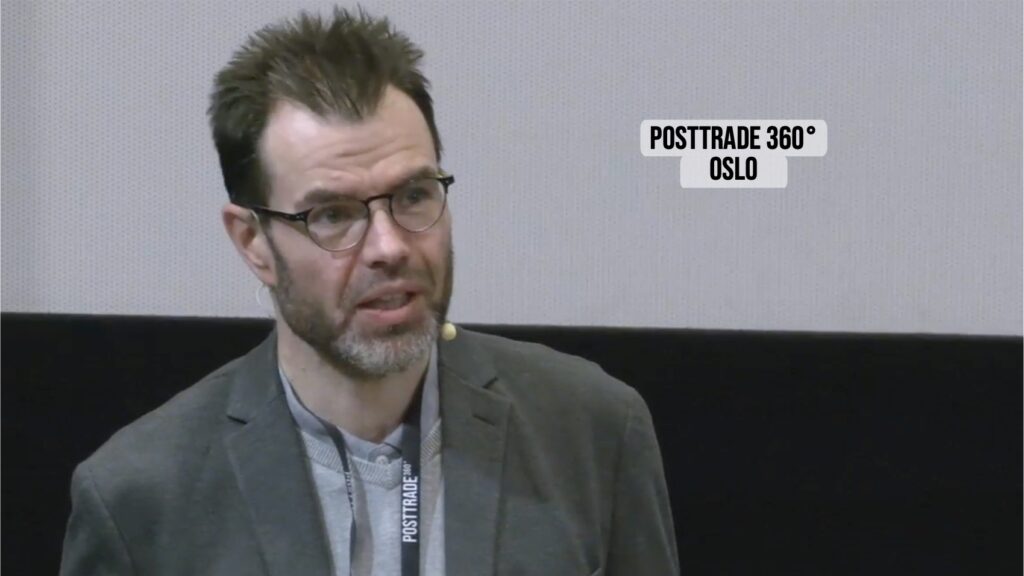 VIDEO | Step by step, distributed ledger technology (DLT) is scoring successes across post-trade processing use cases. And in parallel, central banks, including Norges Bank, are lining out their strategies on central bank digital currencies (CBDC). In May’s PostTrade 360° Oslo conference Norges Bank’s special adviser Peder Østbye looked into emerging capabilities that could have a future impact on our securities operations.

The CBDC route has been examined by Norges Bank for five years, and experimental testing has begun with vendors and partners. In the session, Peder Østbye shared details.

No decision has been taken to introduce a CBDC in Norway. A possible suggestion from Norges Bank to legislators would depend on how likely the CBDC would be to contribute to the existing goals, such as security and efficiency, while not impeding financial stability or the credit intermediation role of the private sector.

Not aiming to take over payments market

The convenience of electronic money is one of many factors behind the ongoing decrease in physical-cash usage.

“The negative aspects of cash may not be there with a CBDC, but of course it is a question whether anyone will use it. If we make it too much like cash, maybe nobody will use it … but it needs to have those characteristics that are valuable to society in general – for instance that the general public has access to central-bank money. At least some researchers speculate that the public’s availability to central-bank money is necessary for the trust in the other private moneys available,” says Peder Østbye.

“So it is not our mission with a CBDC to disrupt the financial system and to take over the payment market and bank deposits. It is to replicate those properties and to serve those more limited purposes.”