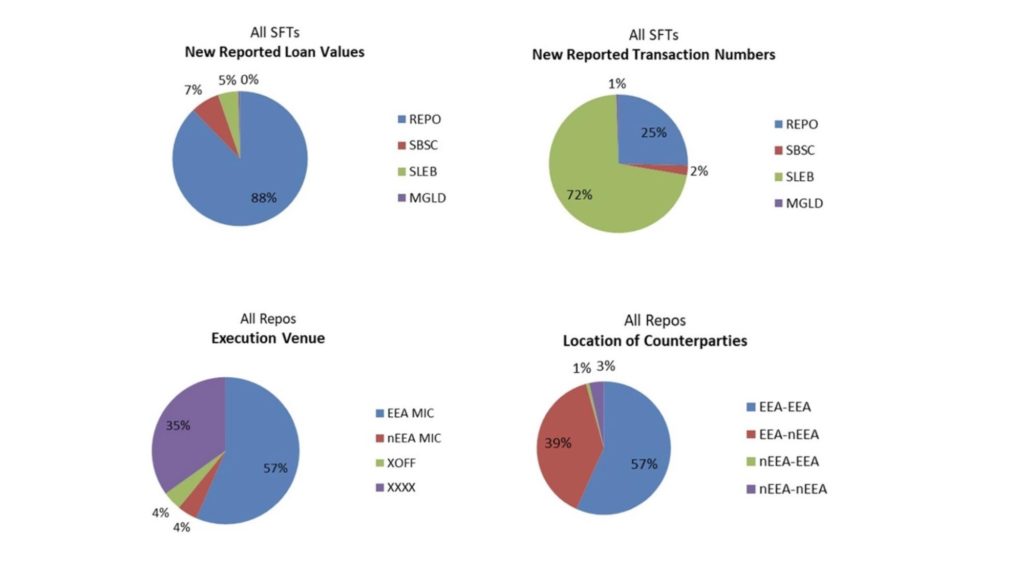 1.4 million securities financing transactions, SFTs, were reported in the first week of action under the new reporting obligation under SFTR – starting 13 July. ICMA promises to aggregate and analyse data from the four authorised trade repositories every week. Here is where.

Transactions summing up to a cash value of 14.3 trillion euro, and a collateral value of 17.8 trillion euro, was reported in the first week by the four trade repositories (TR): DTCC, Regis-TR, UnaVista and KDPW.

Their public summary statistics for the past week will be published every Tuesday – and these, in turn, are aggregated into a complete picture by the International Capital Market Association, ICMA. These regular statistics can be found here.

“While exercising caution in interpreting the data at this early stage, the figures from the first week of operation, broadly confirm some of what is already known about the European SFT markets,” ICMA notes.