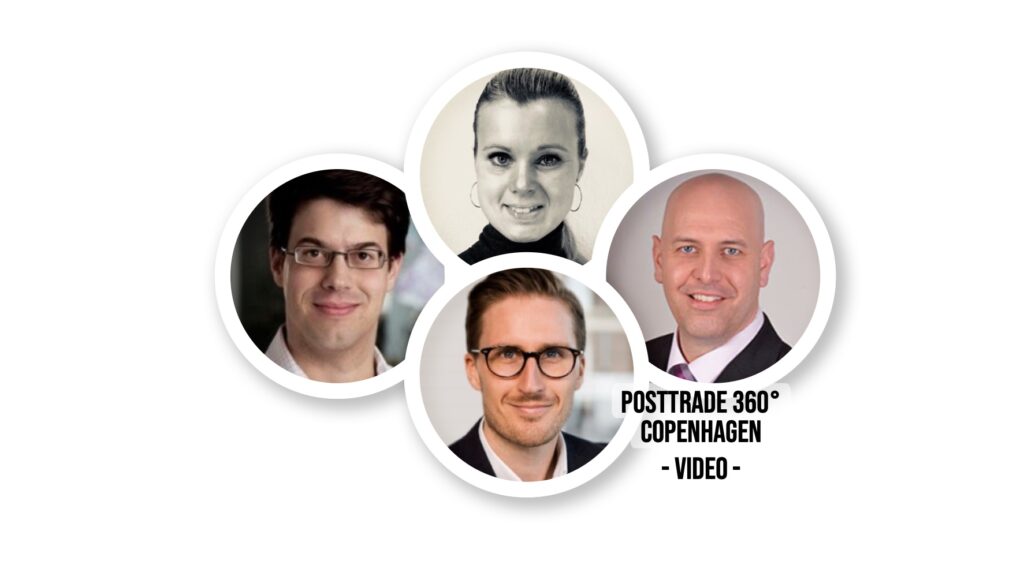 [Now with full-session video.] The need for a unique transaction identifier, a UTI – under the Securities Financing Transactions Regulation (SFTR) – is causing headache for institutions along the trade chain. A panel of PostTrade 360° Copenhagen checked pros and cons of various ways to exchange that precious little text snippet.

[This is an expanded version, now featuring the video, of our article on the session. The brief original version was published on the second conference day, 24 September.]

“We have spent the past two or three years discussing, in the industry, how to exchange these UTIs within the deadline of the regulation – within one day of trading. There are numerous options, many of those are just not viable in actual live trading,” says Line Samuel Vesth.

One track that was investigated was going with a third-party provider.

“It is a costly process to manage and we have the issue of having multiple counterparties who are perhaps using different third-party vendors,” says Line Samuel Vesth.

“In one meeting a colleague proposed looking into using Swift’s trade settlement instruction regime – which has been in place for decades. Swift had actually provided a space to indicate the UTI.”

After discussions with the CSD, that is how Nykredit came to do it.

More difficult for others

Stuart Skeel, in the agent-lender role, explains why his organisation instead chose a solution where an external vendor fills in the UTI data on the LEI level (starting a bit after 10 minutes in the video, check the little white dot in the time bar).

Frederik Stokholm shows how the solution was set up at VP Securities, the CSD. The new Swift-message-based solution, that Nykredit uses, builds on the existing settlement solution and is therefore limited to securities issued at VP Securities. The main advantages, though, are that it was easy to set up and that the resulting flow is entirely automatic.

“SFTR went live in July so we’ve had about two-and-a-half months with the solution. So far it is running more or less flawlessly – and it should: it’s a small functionality.”

Line Samuel Vesth has observed plenty interest from buyside firms, but notes (after 19:45 in the video) that they depend on more intermediaries to use the same Swift-based solution. For that to come true they would need to lobby their custodians to apply the solution more or less jointly.

As the panel concludes early on in the video, the first months since the SFTR go-live a couple of months ago have turned out quite smooth also in general.