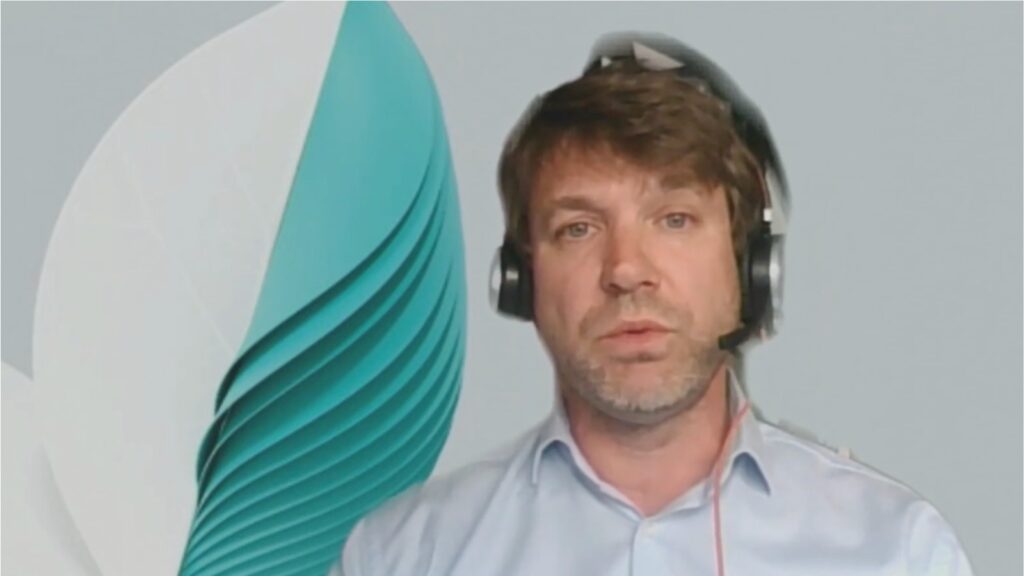 While Euronext sets out to make itself the default clearing operator across the group’s European trading venues – largely replacing LCH SA in the role – an exception for Oslo Børs means that many Nordic market participants can keep synergies with their clearing in the region’s other countries. On-stage with PostTrade 360° Oslo last Thursday, the keeping of interoperability was confirmed by Euronext’s head of clearing services Eric Bey.

Eric Bey took part in a panel on Norway’s clearing scene together with representatives from LCH Ltd, EuroCCP and, in the clearing broker role, SEB. Find speaker details and a video recording of the full session here.

With a three-year strategic plan last autumn, the Euronext group announced a strong push for a share of Europe’s clearing market. Operationally, it grows from Italy’s clearinghouse CC&G, acquired by Euronext from the London Stock Exchange Group as part of Borsa Italiana.

“We don’t intend to reopen this debate”

On the area of equities clearing, Eric Bey opened by referring to “the good and healthy discussion that we had a couple of years ago” – possibly a tongue-in-cheek description of rather heated discussion after plans to replace Norway’s CCP interoperability in cash equities were first presented upon Euronext’s acquisition of Oslo Børs in 2019. Those plans were put on hold, but as the Euronext group has recently expanded its pan-European ambitions in the clearing markets, questions have lingered among market participants.

“We kept the interoperability framework in Oslo and now we are taking the same assumption into our new plans,” said Eric Bey on Thursday, noting that this had also been indicated explicitly by a caveat for Oslo’s situation as the group’s overall clearing expansion was detailed at an investor day last autumn.

At the time of the integration of Oslo Børs into Euronext, “we had probably underestimated the value of interoperability in the Nordics,” Eric Bey confessed at last Thursday’s PostTrade 360° Oslo.

“In the end, we listened to the industry and we understood the benefits of it for the for the Nordics, so we kept the interoperability framework in Oslo. […] So I just would like to reassure you on the fact that we don’t intend to reopen this debate in the context of what we’re doing with CC&G/Euronext Clearing.”

Calls for industry discussion about the longer term

However, while the decision appeared definitive for the time being, Eric Bey appeared to hold the door open for the possibility of a re-assessment in the future:

“We just think that maybe it will make sense to open an industry discussion for the longer term setup. Because on Euronext’s side – although it works very well today in the Nordics, from our perspective – we still think that after the time-limited equivalence which has been given recently by the European Commission to the UK CCPs, we have kind of a three-year window where we can continue to operate as we do for the time being. But the question will be the same in three years’ time so I think we need to sit down together with the industry to understand what it means long term. I am not saying that just for Euronext; I mean, for all the different markets operating in the Nordic region, I think that it will be healthy to start a discussion around that.”

The rationale behind Euronext’s recent push into the European clearing market was also lined out by Eric Bey in the session. While Euronext is a leading European financial exchange operator, the clearing services at its venues have largely been provided by subsidiaries to its marketplace competitors. These include SIX, LSEG-owned LCH and Cboe-owned EuroCCP. In a November 2021 press release on its new strategy, the Euronext group described how it sought to replace a long-standing partnership with the London Stock Exchange Group’s EU-based clearing subsidiary LCH SA – by transforming Italy’s CC&G into a pan-European Euronext Clearing enterprise:

“Since 2003, Euronext has relied on a third-party clearing house, LCH SA, for the clearing of most of its cash and derivatives trading flows on its markets, with a revenue sharing agreement. Euronext has proposed on various occasions to take the control of LCH SA, unsuccessfully. Today, for the first time, thanks to the acquisition of CC&G in April 2021, Euronext is the owner of a multi-asset clearing house and is thus in a position to directly manage its clearing activities to complete its value chain. Euronext is determined to directly manage the clearing of its cash and derivatives flows. As of today, the only available concrete option is the European expansion of CC&G clearing activities.”

Without interoperability, it takes two to have SIX

Equity traders at Oslo Børs are served by SIX, LCH och EuroCCP as interoperable clearing service providers – the same actors who also clear trades in Sweden, Denmark and Finland where the exchanges are operated by Nasdaq. If Norway would go for a preferred-clearing regime led by Euronext Clearing, market participants who trade across the Nordics could have to split their trading volumes across clearinghouses.