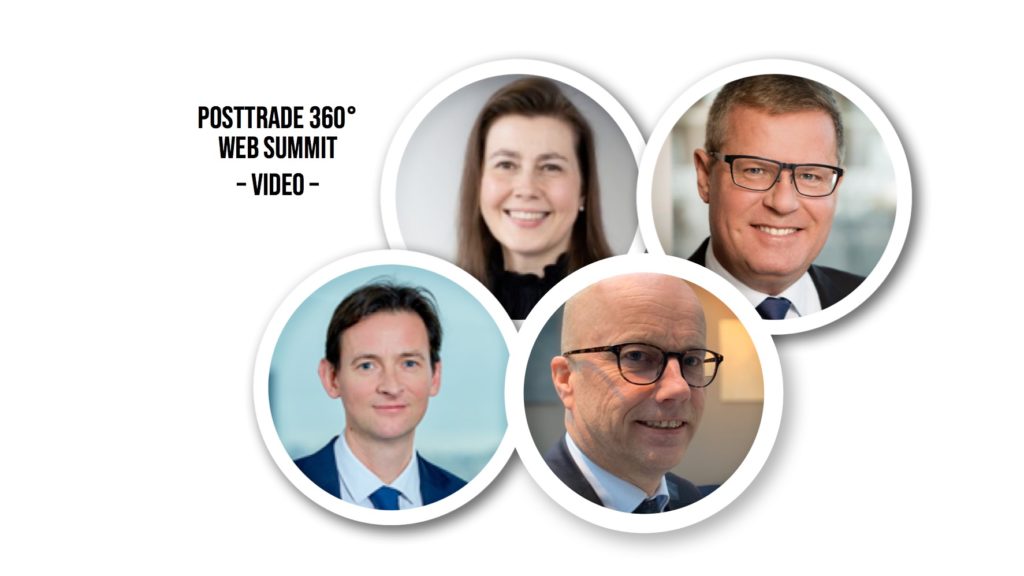 How do you perform task force operations – usually taking place secretely in an isolated room – over remote connections with staff working from their homes? The CEOs of the four large Nordic nations’ CSDs shared their spring experience at the PostTrade 360° Web Summit. See their full session here.

“It has gone extremely well,” said Michael Carty, echoing the sentiment also expressed by the others.

He described how the first month had been focused on securing the operations, but as it proved to work well the focus then moved to the comfort of the staff in their everyday work at home. Michael Carty now expects the proportion of staff in the office to be slowly scaled up – starting from 20 percent, then 35 percent etc.

“I don’t see that we will be going back to the old way of working for a very long time, so it is something we need to get used to.”

“I can confirm that there has been more malware and phishing attacks,” answered Hanna Vainio.

“But in terms of risks I don’t see a major change.”

The last year has seen major change to the Nordic CSD landscape, with both the Norwegian and Danish organisations being acquired by pan-European exchange operator Euronext. This was briefly touched upon. For more on this topic, see our previous interviews with Audun Bø, with Niels Olsen and with Euronext CEO Stéphane Boujnah.

Our coverage of the PostTrade 360° Web Summit is gathered here.

By the way … are we connected on LinkedIn already, among the almost 800 post-trade pros who are? Follow us here