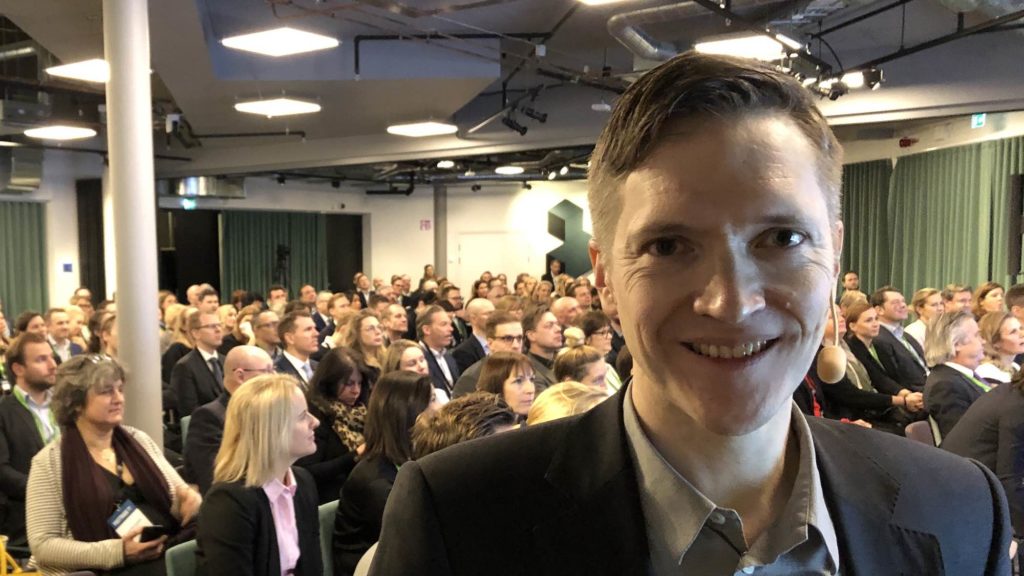 At the start of the PostTrade 360 Stockholm conference on 6 March, the editor of this newly started news site asked for all delegates to become his future sources of news and views.

On board since January, as editor of the PostTrade 360 news site and newsletter, Alexander Kristoferssonfor the first time met a respectable part of his new audience in Stockholm this morning.

”Please let me know your news, your views, your deals, your recruitments, your system implementations … Bring it on,” he asked the crowd of around 200 post trade professionals gathered at Stockholm’s Epicenter venue.

In order to be specifically relevant for the post trade community, with a focus not least on the Nordic market, he will be dependent on sources with the insights of the audience, he explained.

The PostTrade 360 news site was launched around new-year. It carries the same brand as the well-established conference which takes place every year in Stockholm as well as Helsinki, Copenhagen and Oslo. The ambition is to extend the flow of relevant information for the community of post-trade professionals, from the intensive single days of the conferences, to every work week of the year.

”As editor, I hope that the readers will feel that they are part of a professional community. Over time, I hope many people will recognise themselves, their colleagues and their current issues in our news,” says Alexander Kristofersson.

A platform for reaching out

Correspondingly, for the sponsor companies who wish to reach this clearly defined audience with their advertisement or content, PostTrade 360 aims to provide the obvious platform. In the context of the Nordic post-trade market, the news site is taking a new and fully unique position.

Alexander has worked as a journalist since the 1990s, with a long list of newspapers and industry magazines. He has a masters in economics and business from the Stockholm School of Economics.