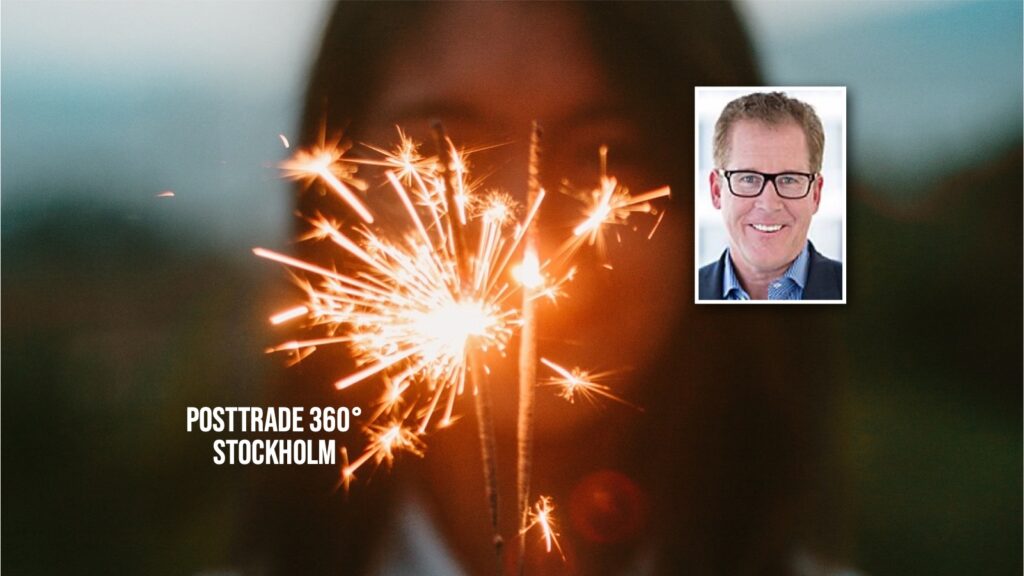 Learn how the COO and CEO must partner to sparkle

They may make a number 1 and a number 2 in the business hierarchy – but to free the potential of their vision in the organization, they must share enough trust and coordination to act as if they were one. Or as “two-in-the-box”, in the words of management advisor and author Stephen Miles, who has spent a large part of his career investigating the topic. Get going on his unique model in his Wednesday session at PostTrade 360° Stockholm.

Crazy fee pressure across asset management, and massive waves of regulation to comply with … these are just some of the drivers behind the industry consolidation that is pushing operations ever closer to the center of the stage in our industry. So why is there so little talk about what the factors that make a star COO? A second-day session at PostTrade 360° Stockholm (29–30 March) will seek to correct the wrong here. (Sign up here if you have not already.)

“The special relationship between the CEO and COO, however it is defined, is a ‘two-in-the-box’ relationship, where you have to build trust with each other,” says Stephen Miles.

He is one of two co-authors behind a book titled “Riding shotgun – The role of the COO”. Framing that role is a challenge, because not only will it be highly customised to each business situation. It must also vary with the profile of the CEO that the COO should match and complement. Would your COO role be that of “the executor”, “the change agent”, “the partner” or even “the heir apparent” – four of seven types that Stephen Miles and his co-author Nathan Bennett have modelled. (See for example their Harvard Business Review article here.)

“What I mean by trust is that they are aligned around their messaging, and around their decision making, and that they are supporting each other – when they are both in the room but also when they are not. What organizations will often try to do is break down that two-in-the-box relationship – by getting the COO to make a decision and then going through ‘the back door’ to the CEO to get a different decision. And that erodes the entire leadership construct.”

More concrete tips than many expect

To guarantee unity, Stephen Miles advocates “extremely high levels of communication” between the CEO and COO. That said, the whole idea of sharing work on two individuals is to free up time, so there is a rather tight limit to how much time they can efficiently spend together. Increasingly, corporations in general let a COO take an expanded grip on the running business of today, while the CEO gets more time to prepare the organization for tomorrow. (In many investment operations organizations, the COO role could rather be more focused on supportive functions.)

So what does Stephen Miles’ audience usually find most useful on their first contact with his insight?

“It think what surprises a lot of people is that it is very practical. They will say ‘wow, I actually walked away with two or three things I can go and implement tomorrow’. I am a tools-based person so in these sessions I start by providing awareness and a model. And then, I give some tools for becoming the most effective person in that model.

• PostTrade 360° Stockholm 2022 takes place on 29–30 March. News around the event is gathered here.
• The conference info site, with detailed agenda, is here.
• By the way … are we connected on LinkedIn already, among the 2,100 post-trade pros who are? Follow us here.