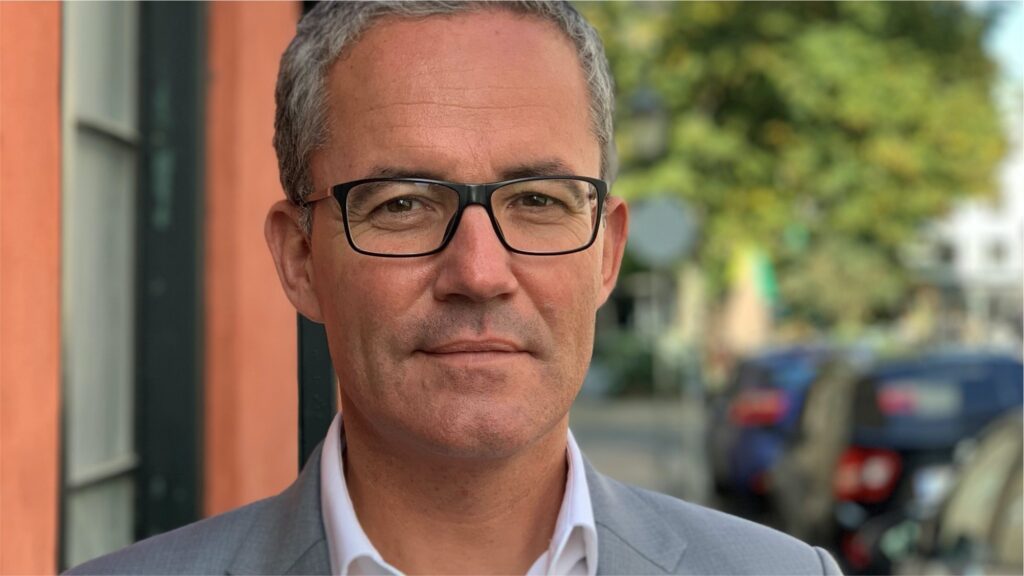 “The Danish post-trade market is picking up the pace”

As one of the delegates to the country’s three-year high-level industry task force for post trade, Danske Bank’s Michael Holmgaard Mortensen has spent the time fixing the leaks after the difficult T2S launch in 2018 – and lining out the strategic vision. On both points, the group is now just done. And he is convinced that the key to success is harmonisation and scale.

Interested in Danish post trade? Click here to join the upcoming PostTrade 360° Copenhagen conference, on Wednesday 29 and Thursday 30 September! Physically at Axelborg, or remotely and free of charge.

“We were essentially tasked with two things,” says Michael Holmgaard Mortensen, about the high-level task force on Danish post trade where he has worked with other senior representatives of the leading banks.

“One task was to clean up and get back on track after the difficult implementation of the T2S settlement platform in 2018. It’s about a lot of very technical integrations to make sure that settlements run smoothly under the T2S setup. Then, secondly – and even more importantly – to write a forward-looking strategy paper on post trade for the Danish market. And, actually, we have now just put our final touches to both, based on extremely good collaboration in the working group.”

In it, he represents Danske Bank, where he is senior vice president and heads the development of markets post trade services.

When Michael Holmgaard Mortensen speaks with PostTrade 360° in mid-September, the strategy report is written and approved by the board of industry association Finance Denmark, who commissioned the tasks. However, it is not yet formally published, so he stresses that he is not speaking on the group’s behalf but in his personal capacity.

“But I don’t think it will be a big surprise that the paper contains a lot of recommendations that all go in the direction of harmonisation to international standards, based on scalable infrastructure solutions with the aim to lower operational risk and costs in the value chain.”

Denmark and its central securities depository – VP Securities, later acquired by the Euronext group – volunteered as pioneers to implement the new pan-European settlement system Target2–Securities (T2S) already in 2018. While it may have opened for harmonisation in the long term, the road started out rocky – with a period of severe disruption to the country’s trade settlement.

Michael Holmgaard Mortensen is quite direct in his verdict over how the project had been handled (“it was a collective market melt-down due to the lack of proper planning and testing”). But immediately, he also reflects back on the leading market participants, of which his own organisation Danske Bank is one. For far too long, these had let post trade activities go on as purely operational activities, leaving strategic decisions to be handled on too low levels in the respective organisations. Collectively, they had failed to act on the need for the industry’s strategic seniors to step up and take a lead – the way their peers often do in larger European countries like the UK or Germany.

“So 2018 was the point in time when there was a realisation in the market that this can’t continue,” he sums up.

Action was initiated under Finance Denmark in 2019. (Fundamentally an employer association, it mainly represents banks with large Danish retail activities, not so much foreign-based participants in the country’s securities market.) The high-level task force was appointed by the board of Finance Denmark, with highly senior representatives from banks also including Nordea, SEB, Jyske Bank, Nykredit and Sydbank, as well as for smaller actors. And with the strategic perspective now lined out, the High-Level Task Force will see itself succeeded by a more operational Post Trade Steering Group.

“We have a very fragmented post-trade market with many bespoke standards for settlement, safekeeping and corporate actions. We are not at all where we should be in terms of harmonising the market to international standards,” says Michael Holmgaard Mortensen.

Looking forward, though, he sees hope.

“If I look at it as a VP Securities user over the years, I think what we really need is Euronext VP Securities to step up and become a clear leader of the market – towards more harmonization and international standards. And also, on their own side, make sure that the initiatives they take go in one direction, and that is for scale. And obviously, we all believe now that Euronext has come in as owners, that they have the required investment appetite and scale.”

Broadening the view to cover also the other main Nordic market – Norway, Sweden and Finland – Michael Holmgaard Mortensen is not convinced that today’s four separate national CSDs will all be able to motivate their existence in the longer-term future. From the perspective of scale, he is less than impressed by seeing that the Nordic CSDs are all running on different system infrastructures. From a user point of view, integrating to four different infrastructures is very costly, he points out.

“In any case, the CSDs’ business model has to change. I don’t think they can survive only selling classical services like settlement, safekeeping and corporate actions handling. They have to reinvent themselves and look at providing ancillary services. The Nordic CSDs are very much trying at the moment – but I don’t think it’s exactly clear which direction they want to move yet. They have different propositions for which services they could potentially sell to the market.”

So, in the drive to iron out the Danish and Nordic peculiarities from the settlement processes … where does Michael Holmgaard Mortensen see the Nordics’ main specialty go – the CSDs’ segregated accounts structure that keeps track of each citizen as an individual securities holder rather than lump them in “omnibus” accounts per their intermediaries?

“Yes, we definitely advocate going in the direction of omnibus accounts,” he says, seeing it as a question that “certainly matters a lot”.

“You will see, in the recommendations from the high-level task force, that we have dwelled on this structure and the reasons for it. It is much cheaper, and also a more harmonised standard, to run omnibus accounts.”

That said, the question is not trivial. Legal aspects, including investor protection in case a CSD or a bank would go bankrupt, deserve a close look and there are some country-specific legal limitations to when omnibus account structures can be offered. So, the first recommended step is a pre-study.

“You will hear others talk about this too, for example in the Swedish market. It is to scale and make sure we become more efficient, and to harmonise to this model which is very well known in the international markets. Definitely, this has a big implication for the CSDs’ business model. Today, obviously, they charge for every segregated account they hold. So, if there was a move to omnibus all of a sudden, they would have to revisit their business model. It is a very touchy point for them.”

So far the harmonisation aspects. How about the digitalisation part which was also mentioned as a focus point? Moving from the finance sector’s rigid old mainframes, how radical should the technical change be? We often hear about “cloud” and “APIs” as a flexible alternative way of doing things on the back of interconnected remote services across the internet, and this has become a commonplace way of implementing new systems. Increasingly, we also hear about industry initiatives applying distributed ledger technology, DLT – a much more radical but still not mature approach that could potentially overhaul the post trade industry altogether.

On the whole, Michael Holmgaard Mortensen suggests a progressive approach.

“There is a huge potential in DLT. If we use it the right way, making sure that the network is properly protected, that there is interconnectedness with the off-chain world and a solid legal foundation, I think it is proven in use cases to be a very, very efficient and scalable setup. I also like the idea about digitising or tokenising the contracts so that the contract logic is embedded in the code and settlement happens in real time.”

He stresses that the legal foundation – not least with respect to the security – is an issue that first needs to be addressed very seriously, and a pan-European legal foundation would help – but the area could then rocket.

“DLT will potentially, and most probably, overshadow cloud … I would say within three to five years. The reason is that I can see more and more use cases becoming successful,” says Michael Holmgaard Mortensen, mentioning successful pilot projects at the Singapore Stock Exchange and Clearstream.

“Particularly, seeing use cases on rather significant bond issuances in real time, I must say I’m pretty impressed with what has been achieved so far.”

“But I would also say it’s a rather large jump to just bridge directly from mainframes to DLT,” Michael Holmgaard Mortensen cautions. “If I look at today’s market infrastructure in general, then I think we will definitely have to shift to cloud solutions as quickly as possible … and that is also what I see that the market is doing right now.”

“So, in the industry, there is a lot of debate on what is the right sequence of things. Where should the money be invested? That is a very difficult question my take is that I am a big believer in DLT, from everything I’ve seen.”

Interested in Danish post trade? Click here to join the upcoming PostTrade 360° Copenhagen conference, on Wednesday 29 and Thursday 30 September! Physically at Axelborg, or remotely and free of charge.