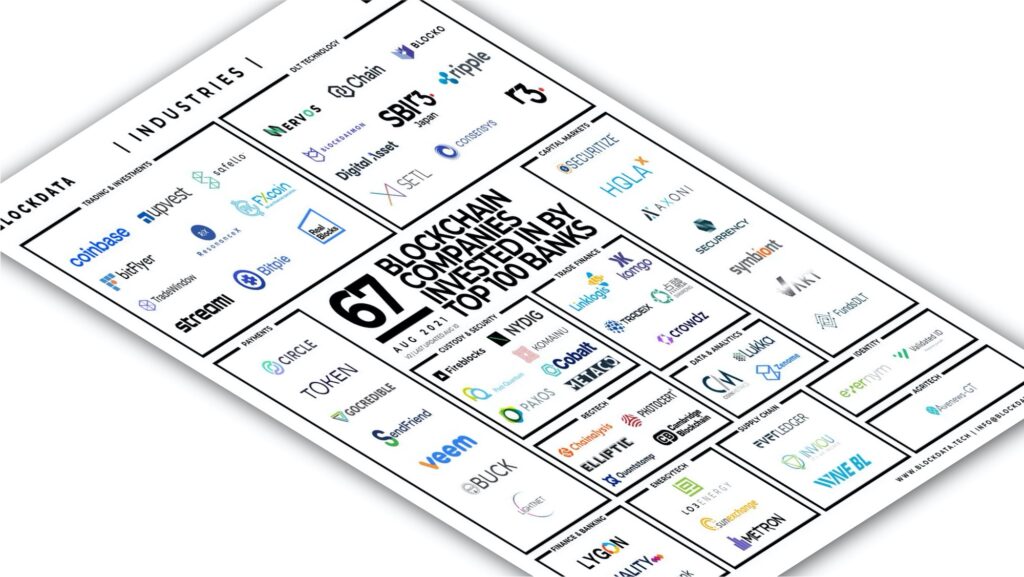 Custody in lead as banks bet on these blockchain firms

With investments in 19 blockchain companies, Barclays is the bank with the highest number of such positions, ahead of Citigroup with 9 and Goldman Sachs with 8. This is spelt out in an overview made by Blockdata – which finds that no less than 23 of the top 100 banks are building crypto custody solutions.

“Despite being very vocal about how bad Bitcoin supposedly is, many can’t ignore the potential revenue streams and importance of having a strong strategic position in the crypto economy,” information provider Blockdata writes in a blog post about its survey.

“Based on our findings, 23 of the top 100 banks by assets under management are building custody solutions, or investing in the companies that provide them,” Blockdata notes, observing that custody is the blockchain-related area where banks are investing the most.

Banks who invest in blockchain-related companies are often not public about how much money they are placing. Blockdata, instead, looks at two alternative measures. One is the number of investments announced; this is where Barclays (with 19) leads before Citigroup (9), Goldman Sachs (8), JP Morgan Chase (7) and BNP Paribas (6).

These targets get the funding

In a parallell blog post, Blockdata instead slices its data by the other axis, looking at which blockchain-based target companies have received the banks’ investments. This produces an interesting map of 67 companies sectioned into 13 categories. A category for “custody and security” features Fireblocks, Nydig, Post-Quantum, Paxos, Komainu, Cobalt and Metaco, while a box for capital markets lists Securitize, HQLA-X, Axoni, Securrency, Symbiont, Vakt and FundsDLT.