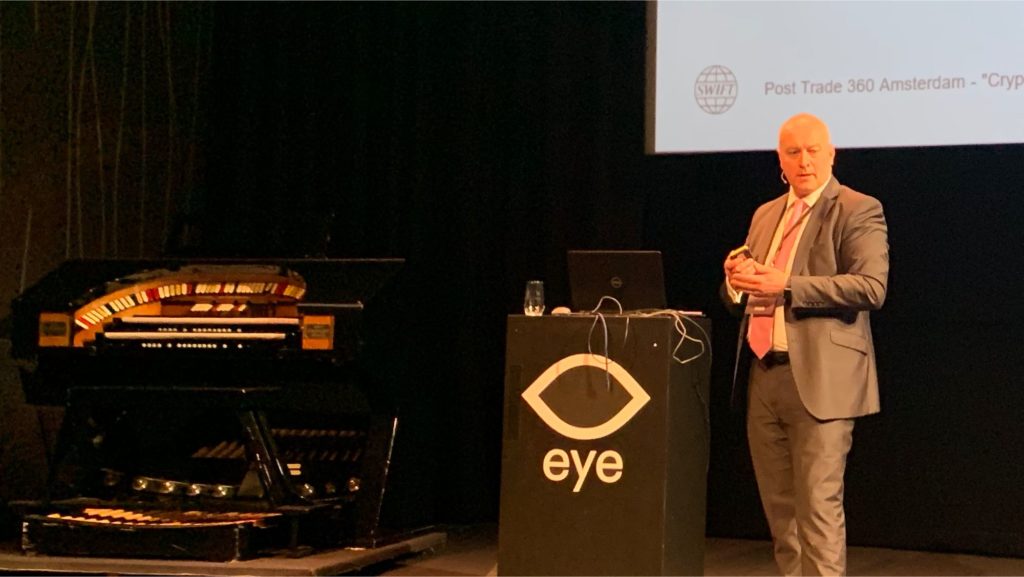 On stage at PostTrade 360 Amsterdam, Charles-Raymond Boniver, member of the DLT working group of global industry association ISSA, gave a brief on his organisation’s new paper on crypto assets and other post-trade DLT considerations. Now the full report is made public.

A set of basic definitions is one of ISSA’s contributions that are meant to make distributed ledger technology (DLT), such as blockchain technology, manageable in the established post-trade environment.

The full 60-page report has just been made public in its entirety and can be downloaded here, It is titled “Crypto assets: Moving from theory to practice”.

Charles-Raymond Boniver is principal standards specialist at SWIFT and member of ISSA’s DLT working group. On stage during the PostTrade 360 Amsterdam conference, he lined out the conclusions of the working group’s recent DLT study.

We recently reported from a corresponding presentation given by his ISSA colleague Urs Sauer at the PostTrade 360 Helsinki event in late October, under the headline ”Our role will not be disintermediated – but changed”.