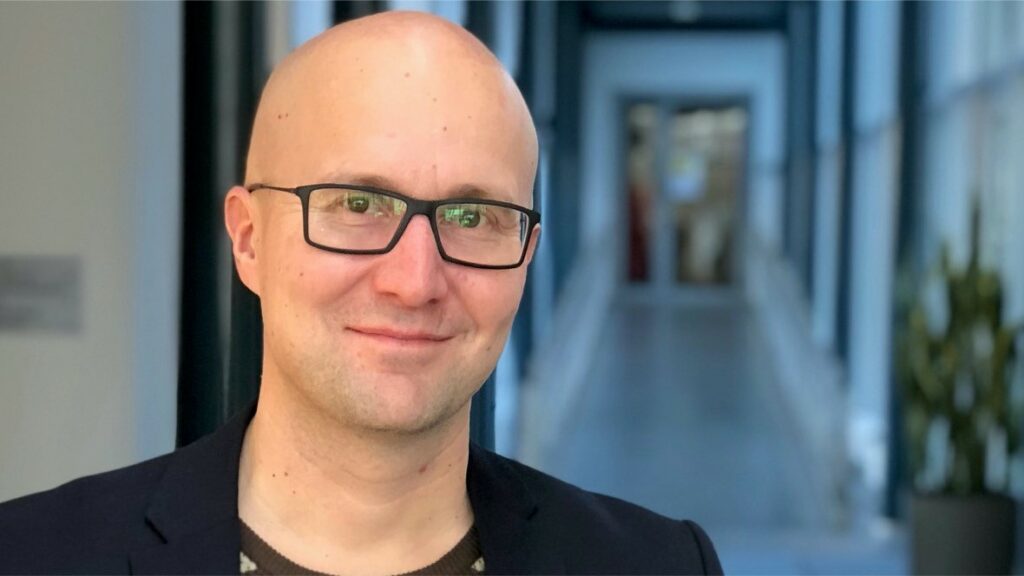 Asko Mustonen, Nordic head of robotics at If P&C Insurance, opened the door on his robot factory in PostTrade 360° Helsinki – and in this interview he explains also the whole organizational implementation as well as the basic ideas of the robotic processing automation approach.

This interview can also be found as a pdf for print – across three pages in the PostTrade 360° Helsinki magazine, download here. (Article starts at page 9.)

By putting employees across the corporation in the driving seat, rather than imposing top-down implementations for cost savings, If has turned robotic process automation (RPA) into an everyday activity in just two years.

“Our main focus with these tools is to improve customer experience and employee satisfaction. We don’t have a goal for reducing cost as such, although it is of course an important measure too,” says Asko Mustonen.

The work contribution by the robotic processes is continuously growing, this year reaching 2 million tasks. If humans would have carried out these robotic tasks, it would in recent months have required close to 60 full-time employees. The If group, all in all, employs around 6,800 people. So what is robotic process automation – and what is it not?

“The idea is that we don’t do any changes to the existing IT systems but the robots use the systems as humans would. This helps humans to concentrate on what they do best and not do the monotonic robotic tasks,” says Asko Mustonen.

“Mainly we have released human power to do more meaningful tasks especially in the back office: things we would not have been able to do with other tools or that would have been extensively expensive to do.”

He stresses that an automation implementation is never a purpose
in itself, but it is framed in a change project with a broader business-process view. One of the most central questions for each project is where the freed-up human capacity should instead be applied next, to make for real improvements.

Having worked full time on the topic for the last three years, Asko Mustonen describes his corporate function as small.

“We help, and we train and support, every unit in If to understand how you can speed up automation with these new technologies. Then we build and maintain robots for different business units. Our robots – we call them digital workers – are part of the different teams that they work in, and they work together with people,” says Asko Mustonen.

His team has established a process to make sure ideas can be transformed into live implementations quickly and successfully, after the ideas are evaluated by certain criteria. Going forward, he sees opportunities for many more implementations – but that does not mean there is a long queue of projects waiting to get started. Building a robot takes 3–6 weeks, and Asko Mustonen sees no need for distant planning horizons.

Almost all implementation projects are managed by a person from the business where the robot will be working.

“Other companies could have CEO-driven goals that put thousands of people to develop robots with a ’now, do it’. We don’t have that situation, we build this incrementally. We started, when we could still fly, by going to different countries, training hundreds of people,” says Asko Mustonen, exemplifying that they could be from teams in customer services, claims services, different back end units or others.

They were mainly business developers and team leaders.

“This was to let them understand what this is about, why this would be a good idea and how this works – and then let them come up with their ideas of how robots could help their work,” says Asko Mustonen.

One little step at a time

These form a small local team, for which Asko Mustonen’s central function then provides business training and support.

“Then it is us who make the technical implementation. Our robot developers, who have IT background, work closely with the business project managers in a very agile manner and build the robot. Then we technically maintain them but the robot becomes a member of the business team. That’s how it works – and then we celebrate that and build the next one,” says Asko Mustonen.

“So, it has been an incremental development from one robot to another. Now we are in all countries and have dozens of robots working in different units.”

Side articles:
• Cancellation robot makes changes in 5–6 systems
• RPA is among the simplest IT solutions
• Don’t confuse RPA with the other buzzwords