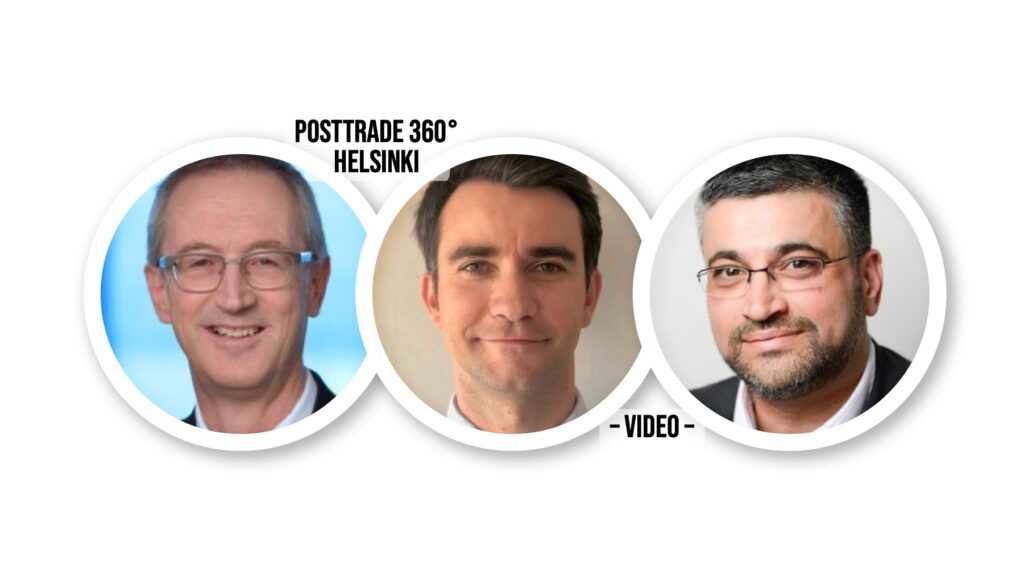 There is a huge gap between big efforts and small observable results when it comes to distributed ledger technology in the securities space. A senior panel in the tech-rich PostTrade 360° Helsinki conference gave their view of how this can be – but first they actually explained what the concepts mean and how they relate to each other.

“What does custody really mean? It doesn’t mean the same as yesterday.”

Michele Curtoni, digital assets strategist with State Street, put his finger on the balance between the familiar and the new in a post-trade world under the impact of distributed ledger technology, DLT.

[This is an update, now with the video, of the original news post from the conference day, 18 November.]

He met with Urs Sauer, chair of the DLT working group of the International Securities Services Association (ISSA). The discussion was led by Accenture’s John Velissarios, who is global managing director of blockchain and multiparty systems in digital assets, and his company’s lead on central bank digitial currencies (CBDC).

In all, the session covered the trade execution as well as the custody and operations around the digital assets.

Urs Sauer observed that the interest, among central banks, in exploring the CBDC area has grown remarkably during this year. For his own employer, Switzerland’s SIX group, he gave the picture that access to central bank money, rather than just the commercial-bank money available today, would be an important breakthrough in terms of mitigating risks.

Otherwise, many actual go-live dates keep getting postponed beyond what has previously been expected.

”A year ago we said the breakthrough was a year ahead – that would be now,” said Urs Sauer, joking that we might as well just routinely add another year from now.

News around the PostTrade 360° Helsinki conference is gathered here.
Click this link to download the Helsinki event magazine as pdf, or click here for the three agenda pages only.