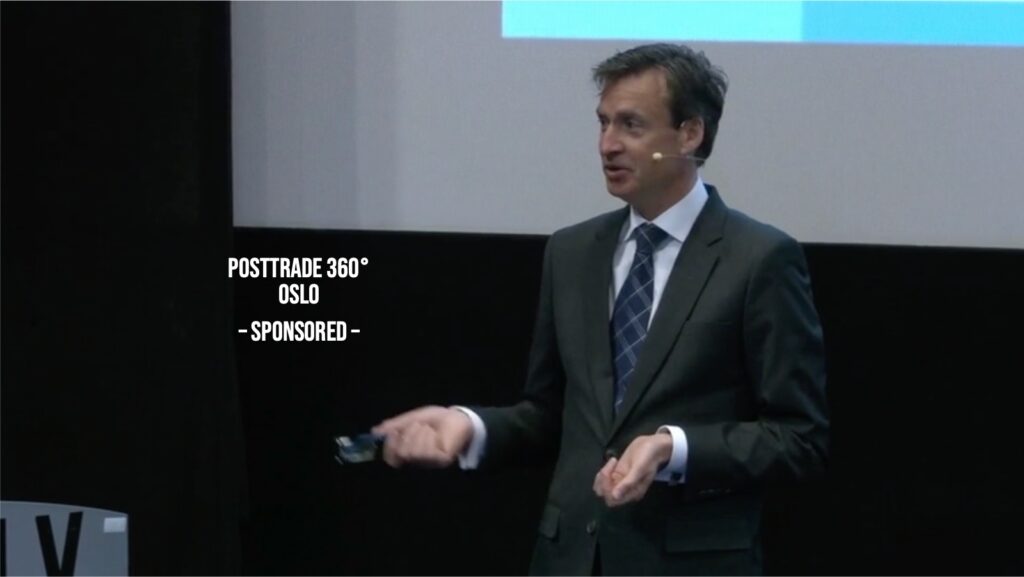 VIDEO | An extreme listing spike in 2020 and 2021 was part of the picture, as Oslo Børs chief Øivind Amundsen shared a market overview with the PostTrade 360° Oslo conference on 5 May. The integration of Oslo Børs into the Euronext group since 2019 may have contributed. His full half-hour session is here.

The session was sponsored by Euronext.

With its background as a small standalone operator surrounded by big actors (including Nasdaq in the Nordics), Oslo came to develop niches in energy, shipping and seafood. Even so, Øivind Amundsen sees the attraction having grown both on investors and issuers, since the market has been integrated into Euronext’s single liquidity pool.

Since around 2010, Oslo Børs is operated as an integrated value chain with exchange and CSD combined. For Oslo, Øivind Amundsen thus sees Euronext’s highly integrated strategy – with great emphasis on post trade, and now also including a push in clearing – as a chance for further development along existing lines.

At the time of the conference on 5 May, seven new listings had been made so far in the year. In relation to the 68 listings in the record year of 2021, that could come across as a big drop but Amundsen points out that it is this year’s number that is the more normal. Listings spiked spectacularly in 2020 and 2021.

A positive development has been seen on the market’s special list for green bonds. After an initial struggle with very low interest upon its launch around 2016, things went from talk to action in 2019 and the list is now very active.