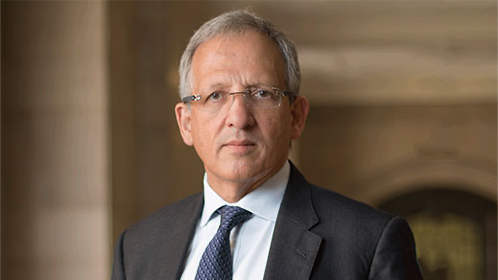 Market participants may simply need to arm themselves better against liquidity stress. This is one of the conclusions drawn by Bank of England deputy governor Jon Cunliffe, who has co-headed a global investigation to determine what the brief but deep 2020 liquidity crisis should imply for margining practices.

Bid-offer spreads on US treasuries ten-folded, and gold fell by 12 percent in price. The short lasting of the March 2020, Covid-19-induced, financial crisis may make it slip from many people’s memory quickly, but Jon Cunliffe cautions that it was a potentially extremely destructive episode from which we must learn the lessons.

Together with Rostin Behnam, acting chairman of the US Commodity Futures Trading Commission, Jon Cunliffe has headed a group of seniors from central banks and market regulators, under the Financial Stability Board, tasked with examining the margin calls in the stress period and to recommend policy work going forward.

“By bringing together a new extensive set of quantitative data and survey responses from an array of global CCPs, clients and intermediaries, we were able to clarify the quantitative picture of the margin dynamics during the ‘dash for cash’, says Jon Cunliffe, in a recent keynote speech at the FIA & SIFMA Asset Management Derivatives Forum.

The survey found a shock on margin call (with CCP’s required initial margin increased by 70 percent), with many participants finding it unpredictable how much margin their CCPs would be calling for.

Improvement suggestions are filed under three main points:
• ensuring that the pro-cyclicality of margin – which fundamentally is unavoidable – does not add unnecessarily to a systemic stress,
• transparency, which would help participants predict the calls, and
• the liquidity management of clearing members and clients themselves.

Jon Cunliffe expresses concern about two views he meets – either that the 2020 crisis proved negligible, or that it is the role of central banks to underpin market liquidity.

“It is important that the private sector, banks and non-banks, insures itself prudently against severe but plausible liquidity shocks, and that we do learn the lessons of March 2020,” he says.