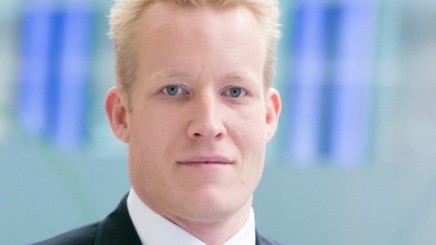 The news has been presented in this press release.

As Oliver Jaegemann, CEO of AMX, spoke with PostTrade 360° Stockholm in February 2020, he made a parallell with the connectivity role of the social bed-and-breakfast platform Airbnb. Interconnecting asset managers would, for example, make it possible to optimise the allocation of their pooled cash rather than having each firm host passive cash on their custody accounts overnight. A video recording of his session at the following event, the PostTrade 360° Web Summit, can be watched here.

The buyer, Carne Group, refers to itself as “a leading digitally driven platform for the global asset management industry and Europe’s leading third-party fund management company”, and sees the acquisition of AMX as a step in its ambition to “unite the industry’s investors and distributors with their asset managers resulting in faster deployment of investment capital”.

Oliver Jaegemann’s LinkedIn CV gives away that he was responsible, as head of product, for WTW’s pooled fund solutions already since 2012, before becoming CEO of the AMX subsidiary in 2015. With the new transaction, WTW becomes a minority owner in the Carne Group, paving the way for collaboration going forward.