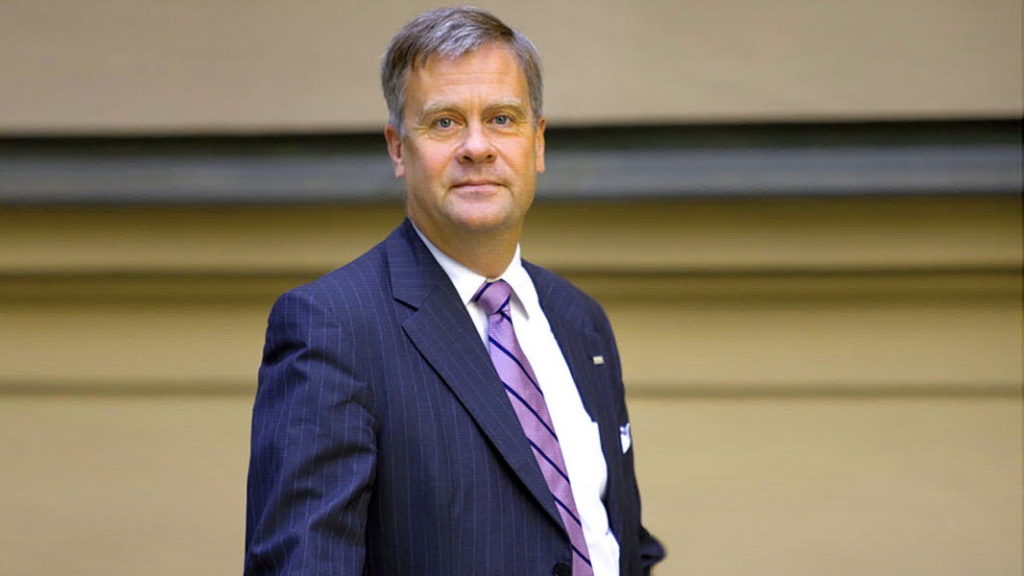 Industry nestor Göran Fors expects that the Posttrade 360 Stockholm conference, which he will lead in March, will reflect today’s tidewave of tech-driven efficiency moves. Paradoxically, it makes your human judgement only more central.

”There could be a smaller number of people in the posttrade industry going forward, but their role is bound to become increasingly important – not less so.”

Over the years, chairing post trade conferences across the world has become a frequent activity for SEB’s senior Göran Fors.

For the Swedish event PostTrade 360°, next up in Stockholm on 6–7 March 2019, he has been the anchor since around 10 years; he cannot immediately number them precisely. This would guarantee his being a well-recognized profile in the Nordic industry – in case his 35 years in top positions at Swedish banks would not be enough. His period with SEB approaches 22 years, with the first 18 as head of custody and the latest four as deputy head of investor services.

A focus on efficiency – once again

The sector’s serious concern with regulation, since the financial collapse ten years ago, will continue, he predicts. However, the efficiency improvements to operations that are rapidly being enabled by new technology make it natural that such issues will compete for space centre-stage.

”It could be called digitalization or fintech or whatever, there are so many buzzwords. But whatever we call it we can again expect a shift of attention towards operational efficiency. There is the artificial intelligence, various robotics in general, new technology such as DLT (distributed ledger technology, including blockchain). And we see structures built on API connections playing an increasingly important role in the activities.”

The work will change

Note the word ”again”. The earlier part of Göran Fors’ career saw the whole shift, in the 1980s, from securities in the form of physical paper to digital registers. He is not sure that new tech wave will cause as big disruption as that, nor have as big impact on the workforce. But, while pointing out that the suitable skillset for employees might shift rapidly, human decisions will become only more important.

”You will face stronger demands to have an understanding of clients’ requirements and of how they act. People will not go away like decades ago, but the daily tasks will be looking completely different,” says Göran Fors.

”It is still a people business, and it will keep growing, so those working in it will be facing ever-more exciting challenges. The qualifications are so much higher today so it will stay very interesting work.”

Göran Fors hopes that the discussions at the Posttrade 360 conference could help catalyze collaboration across the industry when it comes to some common interests. Some administrative and technical activities fall outside what makes each market actor unique to its clients, so Göran Fors sees little need that they should be doubled between firms if they could instead be scaled up in the form of a joint sub-supplier. As positive examples he sees a joint know-your-customer (KYC) body that has developed in collaboration, as well as the budding Nordic Fund Ledger initiative.

Another topic that Göran Fors expects to highlight is cyber security. As a board member of Swift he is all too familiar with it.

”I do worry about what could happen when rogues can hack their way into our world. We must really target that seriously.”