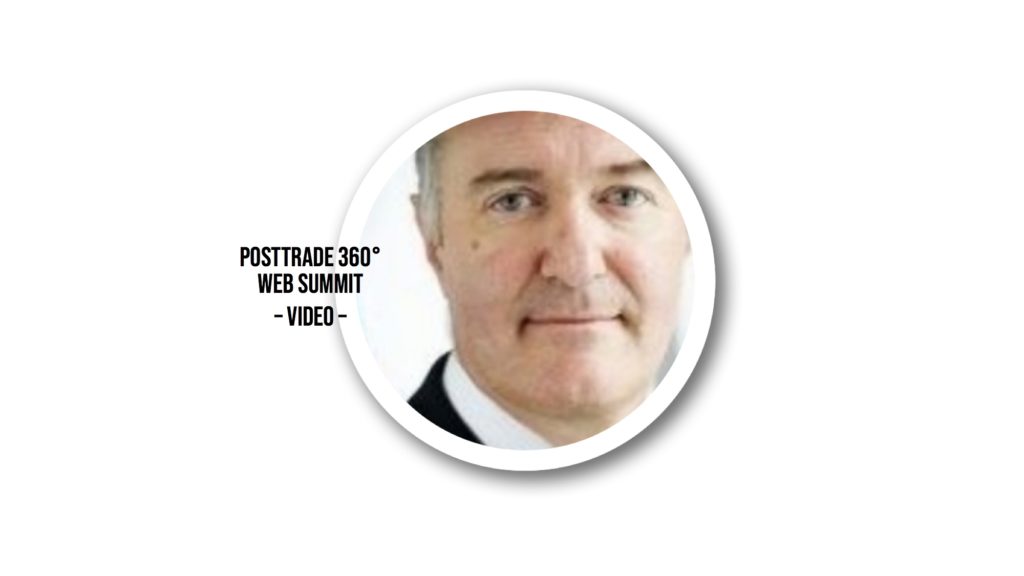 “Every single asset class was being sold”

At the PostTrade 360° Web Summit in June, Patrick Pearson of the European Commission summed up how the spring’s covid-19 crisis had put markets to a tough test – yet a test against which they largely stood up well. See here his full 15-minute video – indexed so you easily find the bits that interest you the most.

[This is an edited republication of our 3 June post about the presentation by Patrick Pearson, head of financial market infrastructure and derivatives at the European Commission. Patrick’s original presentation on the day was troubled by transmission issues, we are thankful to him for this video re-recording.]

Note the white dots in the player time bar, leading to labeled parts of Patrick’s presentation. And further right in the player bar, there is also the little menu icon that lets you see the whole list of those labels, for your fullest overview.

“We saw that settlement fails increased three- to four-fold in the third week of March – and that immediately caught the attention of regulators who reached out to their infrastructures,” says Patrick Pearson, explaining how the situation came to lead to credit challenges, a halt in securities lending markets, and other questions.

Despite this, and despite a highly challenging credit climate for some time, casualties turned out to be relatively few. A main explanation was the “quick oxygen” by central banks such as ECB and the US Fed.

“There is one technical point that I would like to stress here, and that is that the margin models the clearing houses were using also really met the demands in the significant stress that we faced. Those margin models were on point, and it demonstrates that the anti-procyclicality measures that ESMA and our regulators put in place actually worked. I think one important read-out from those margin models were that they were predictable. There were no unsuspected surprises and swings in the margin calls. They were entirely predictable and robust. I think that’s a very, very important takeaway for the regulatory community in the European Union,” Patrick Pearson adds.

At the onset of the crisis, the strain on liquidity in the market was serious.

“We not only saw a huge demand for cash, we also saw that every single asset was being sold – every class, including gold which says quite a lot – and we saw what some people call a scramble for collateral.”

On two occasions around the 4-minutes mark, Patrick Pearson references a report from the European Repo and Collateral Council under the International Capital Market Association (ICMA ERCC):
The European repo market and the COVID-19 crisis

Not the end of physical meetings

On 3 June, Patrick Pearson entered the Web Summit stage from his home, after a short introductory note by conference moderator Göran Fors.

“We will be hearing how we have adopted to a new way of working,” Göran Fors foresaw.

“Going forward we will be seeing more and more of this, he said, with regard to the debuting digital conference format.

He did little to hide his missing of traditional same-room meetings, however:

Our coverage of the PostTrade 360° Web Summit is gathered here.

By the way … are we connected on LinkedIn already, among the over 1,000 post-trade pros who are? Follow us here