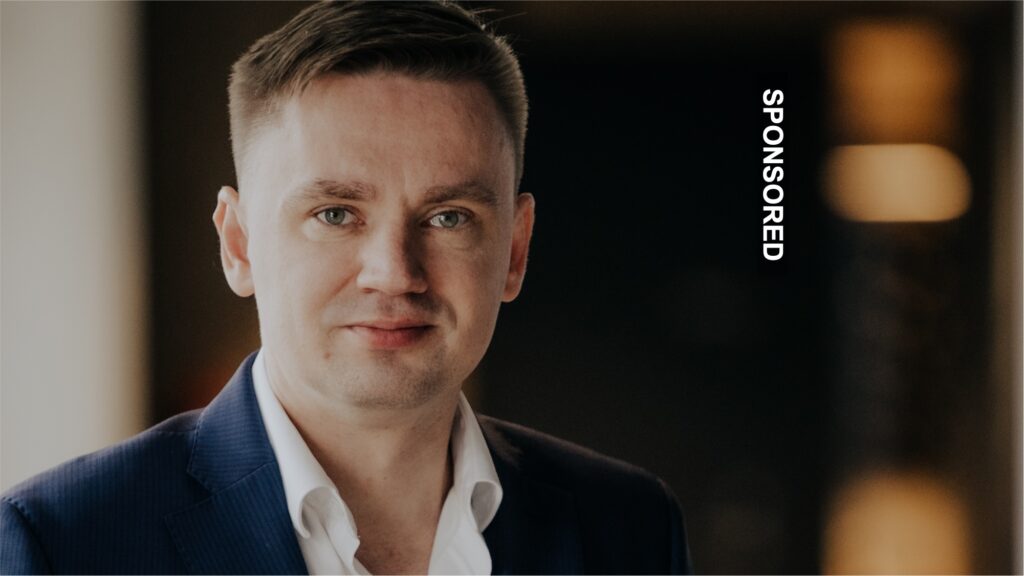 Taking off: Their post-trade innovation became a business of its own

As Jaanus Erlemann led the post-trade operations at Sweden-based East Capital, he saw the need to take a firm grip on the data disparity that was holding back scale and quality in processes such as the NAV oversight. Now, over a decade later, the experience that started there has come to inspire the launch of a new system provider – Estonian-based Depowise, led by Sven Peekmann (pictured). Read about their journey, and their new offer to cut complexity for asset managers and depositaries.

New organization, new brand, a new market roll-out … but as so often for start-ups in the post-trade space, the roots of upcoming Estonian system provider Depowise reach back many years into well-established Nordic financial services companies.

It was in the years around the 2007–2008 financial crisis that Jaanus Erlemann led the build-up of a robust data warehouse solution at East Capital. Some years later, he got in touch with ex-colleagues at Swedbank who could see the benefits that a similar solution would bring in their depositary operations. Jaanus teamed up with the Estonian IT consultancy that had supported him at East Capital – Net Group – and the business that is now Depowise fundamentally builds on the same idea. Today, three other Nordic clients are live with Depowise – and new UK, Netherlands and Luxembourg ones are being onboarded.

First of all: standardise

“The core idea is that you collect all the data from different jurisdictions and providers as early as you can in the process, you standardise it … and then, whatever you do on top will be unified business processes,” says Jaanus Erlemann.

Today, he does not work operationally in the business but continues with regular contact in an advisory role. But Sven Peekmann, who heads Depowise, was there too all from the start, then as a project manager at Net Group – in Tallinn, on the other side of the Baltic Sea.

“I remember we had a lot of long conversations during the evenings on how to resolve the different issues that Jaanus was facing. He had the strategy and we put it to life,” says Sven Peekmann.

A key purpose for a large part of Depowise’s clients is to streamline the daily “shadow NAV” calculation – the inhouse oversight to double-check on the main NAV calculation which may be done by an external fund administration services provider. The regulatory requirements for this are becoming stricter, which helps drive the demand for systems that deal with it. But the full list of possible benefits from the Depowise solution looks surprisingly diverse. It can be used both on the asset manager side and by depositaries – and can save plenty of work hours across many different processes.

Getting the data standardised can also make it possible to consolidate fund management activities across serveral funds independently from the fund juristiction.

Change is the only constant

Jaanus Erlemann tells more about the operational background to the solution.

“As head of back/middle office and administration, I faced a constant struggle – with the multitude of jurisdictions, service providers and internal systems such as for administration/operations, reporting or benchmarking,” he says.

Before the financial crisis, the challenge was in the expansion of the portfolio across jurisdictions and products. The near-half cut in AUM value that came with the crisis led to new challenges and strategies – but the need for robust data was only reinforced.

“I could see that when the only constant is change, change is what you need to design your operations for.”

In Jaanus Erlemann’s setup, this is done by the logic of standardising the core data in a warehouse – and thereby making it relatively easy to design and adapt consistent business functionalities on top.

After master-feeder fund setups became permitted, one of the first projects was to reorganize the management of a Sweden-based and Luxembourg-based funds. On the back of the data warehouse, the change of operational setup could be done swiftly, i.e., within a few weeks, and more investment management consolidation soon followed. (Legal changes could take months to execute, however.)

“In the process, we came to switch depositaries too – and realised that because of the data warehouse, the technical side of the shift could be done within a week,” says Jaanus Erlemann.

“So, it made us ultra-flexible in shifting service providers, adding new products or whatever we needed, because we had the central infrastructure in place. Then, also, we could use the same solution/principle for upgrading our legacy back-office system,” he adds. “The legacy system can be replaced without dragging along the full complex history which increases the complexity of upgrade/replacement exponentially.”

“These were all ‘wow’ experiences to me and for friends working in similar roles at other investment companies! So, when I looked around, I started thinking ‘why isn’t everybody else doing this?! Because it gives you so many opportunities to make your business scalable and expandable.”

Over the last years, the asset management and asset servicing solutions have emerged as a distinct line of business under Net Group. The growing number of successful implementations is now leading the company to spin off Depowise as its own brand and unit. At times of high demand, Depowise can still benefit from being part of an IT consultant group with over 130 people on its staff in total.

The harmonised legislation across Europe means that Depowise can easily cater for clients across the continent. Clients based in the Netherlands, Luxembourg and the UK are already being onboarded.

“But to start with, Scandinavia, UK and Luxembourg are our first focus areas as we scale up our business now,” says Sven Peekmann.