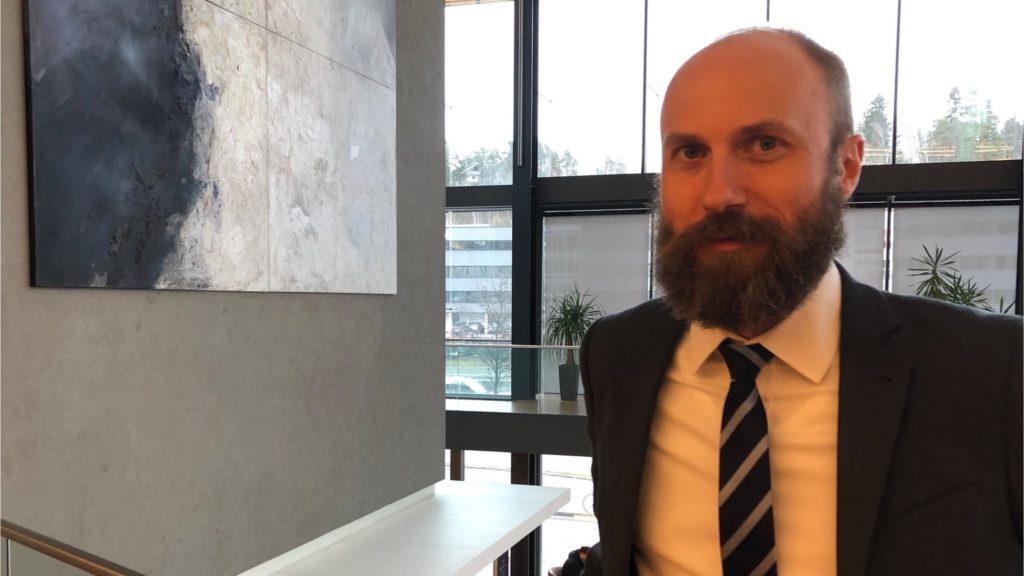 Meet COO Arne Martin Moen – sharing his tale from the five-year platform consolidation project of Norway’s Storebrand Asset Management. 800 billion NOK is being moved to a unified machinery built on SimCorp Dimension, to support the “multi-boutique” strategy of the growing fund house. On Friday he goes on stage at PostTrade 360° Stockholm.

More than ten legacy systems have been scrapped. Efficiency, as measured by the ratio of managed assets per employee at Storebrand Asset Management, is up notably, while both risks and total cost-of-ownership are down.

“This consolidated platform, with its reduced number of integrations, has helped us gain control over data consistency and data integrity. At the same time we have been able to grow our product offering,” says Arne Martin Moen, who has been on the journey as head of investment administration, then recently stepped up to the position as COO.

The Storebrand group works with store fronts under several brands across three Nordic countries: Storebrand, SPP, Delphi, SKAGEN, acquired in 2017, and Cubera, added in 2019.
”The goal is to have a single, scalable platform which allows us to add new fund families and execute on our multi-boutique strategy.”

First to be scrapped was an external risk system, in 2016 … By now, more than ten systems have been left behind.

The shift to a unified system platform, using SimCorp Dimension, came to take half the decade. No surprise so far, it was all in the plan.

“In 2015 we had a very fragmented IT infrastructure. A lot of systems were developed in-house, typically developed over short time or to fix a certain issue. Though the intention was a short-term solution, they had then stayed on and become key parts of our operations,” says Arne Martin – adding the reflection that a lot of people could probably recognise themselves in that type of situation.

”Best-of-breed” not deemed the best

One of the strategic road forks was whether to go for a range of different best-of-breed systems for various parts of the operation – and enable workflows by connecting them – or whether it would be better to turn to a provider of a broad platform with pre-established integration between the parts.

While Arne Martin Moen stresses that there is no general answer to which of the two is best, Storebrand’s assessment led it onto the latter path: the big package. The aim of reducing complexity had the upper hand – and while he does not seek to push a single vendor, he considers it a strength when providers can offer the full front-to-back scope.

“We had been using SimCorp Dimension as our investment book of records and portfolio management system for more than 15 years, and wanted to build a scalable platform from that base,” Arne Martin Moen tells.

“So we formed an enterprise strategy and had to align the whole organisation to comply. We decided that all long-term projects should be centred around the Dimension solution: we should always look to Dimension first. If it doesn’t offer a solution, the business case for buying any best-of-breed system outside it must be very strong.”

A long road – one step at a time

“We have a very strong project management department and together with key employees in all parts of the organisation we were able to deliver on this rather ambitious strategy by taking one step at a time.”

“Being honest about the trade-offs from the beginning will really help you when things start going wrong down the line.”

As the Dimension platform was built out over the next years, module by module, several old systems were decommissioned. First to be scrapped was an external risk system, in 2016. Legacy systems supporting back/middle office were de-plugged in 2017, followed in 2018 by the exit from a front-office portfolio management system of a well-known brand. SKAGEN was migrated from their previous portfolio management system in 2019. By now, more than ten systems have been left behind.

An operational beast to tame

With currently some 800 billion NOK in assets under management, Storebrand is one of the big players in the Nordic asset management landscape. Arne Martin Moen lists some features of his complex operational challenge: 11,000 financial instruments and 100 indices to track, around 1,200 transactions per day, and an institution-centric clientele comprising 500 institutions, 145,000 retail customers, 300 segregated mandates and a complex life insurance company setup.

The challenge was not made easier by the fragmentation of operations – over 5 custodians, 3 data warehouses, 4 unit holder registries and tons of suppliers … The list goes on and on.

Market trends added to the urgency, such as the tide of new EU regulation and the demand shift from active to passive products.

A change of mindset

The changes have meant a system shift in more than one sense – affecting all aspects of the operation.

Arne Martin Moen emphasizes the importance of tight alignment between the people in the IT and business functions.

The whole organisation’s approach to technology has moved from that of the “late majority” to being an “early adopter”, requiring it to also rethink what type of people it recruits.

“Historically, the asset management industry has consisted of a lot of manual processing. We saw a need to shift towards a much more digital and automated state. Therefore, we need people with a change mindset that will help take us in the right direction. They need to be change agents, while at the same time securing stability in our daily operations.”

One of the crucial success factor that Arne Martin Moen sees is that the strategy was very clear, and had been anchored all the way down from the CEO and CIO. Then, whatever you do there will still always be trade-offs, he adds half-jokingly: “Being honest about those trade-offs from the beginning will really help you when things start going wrong down the line.”