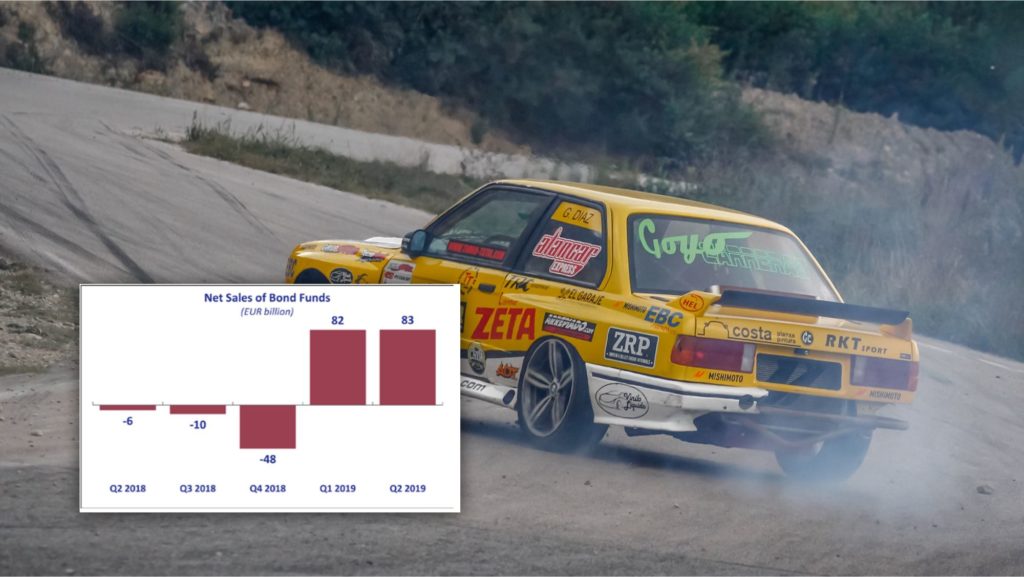 Net sales of bond funds in the European investment fund industry summed up to €83 billion in the three-month period from April to June, according to the European Fund and Asset Management Association (EFAMA),

The figure is close the corresponding net sales number for the preceding quarter, January–March: €82 billion.

The region’s equity funds saw the escape of €32 billion during the second quarter, not fully as bad as the €38 billion in the quarter before.

“Slower growth and reduced inflationary risk raised the status of long-term government bonds as safe-havens for investors in Q2 2019. At the same time, the US-China trade war, geopolitical tensions and Brexit uncertainty resulted in global growth worries and stock-market volatility, which led to a rise in investor risk aversion and a fall in demand for equity funds,” says Bernard Delbecque, Senior Director for Economics and research at EFAMA, in a press release.