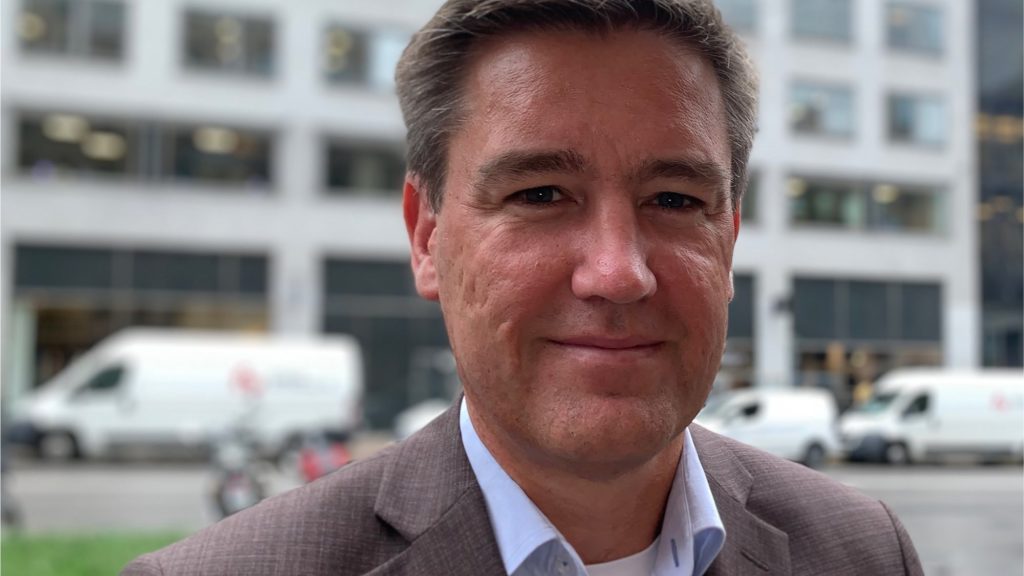 Having fronted JP Morgan’s Nordic post-trade activities for ten years, Henrik Reinfeldt knows his potential clients and how to meet them throughout the long sales cycles. Going forward, the new head of securities services at Swedbank sees great potential in the bank’s new State Street collaboration.

“I do have a clear task of growing our activities,” says Henrik Reinfeldt, as PostTrade 360 meets him at his central Stockholm office. Since June, he heads Swedbank’s Securities Services unit, a part of Large Corporates & Institutions.

The Nordic market is seeing its custodians and fund administrators evermore focused on the regional operational competences that the global custodians will not be performing for themselves. In Sweden, Swedbank is second in the post-trade market, after clear leader SEB. The bank does not publicly disclose the amount of assets it is overviewing, but to calibrate the overall picture Henrik Reinfeldt gives away a 2.000 billion SEK approximation – most of which belongs to funds.

Closer to the strategy

From the narrower focus on regional sales with global custodian giant JP Morgan, Henrik Reinfeldt has moved into the headquarters of another bank that is a giant too, in a way – if only by Nordic standards. And he is finding new pleasure in working closer to the core of strategy and operations.

”Coming over to Swedbank is very stimulating: getting closer to development decisions and a large development organisation, which also has large IT resources, in contrast to working at a satellite office of an American bank. Decisions we make here easily lead to an impact,” says Henrik Reinfeldt.

And these are truly interesting times in the Nordic post-trade markets. While the investment funds market has a mature standing here – both for direct personal savings and through the public pensions schemes – the funds are still outsourcing only a relatively small part of their total administration services. Asked by your reporter for a rough estimation, Henrik Reinfeldt says the outsourcing proportion could be in the region around 15–20 percent – with many of the larger fund houses being completely unexplored territory for external providers.

With such a promising untapped market, one might expect to see many upcoming providers test their fortune – but that is not what the reality looks like. Instead, competitive pressure for process-technology investments, together with the huge costs of complying with the last decade’s wave of regulations, is squeezing providers – and forcing them increasingly to rest on global custodian giants for any service that is outsourceable to a next tier.

The right collaborations are key

“We have seen Nordea sell off its global custody to JP Morgan in 2008; Swedbank has a long-standing relation, partly still running, with JP Morgan for much of our backbone; and since some years we see SEB works with BBH. It is impossible to put in all the investments necessary to single-handedly give your clients access to a hundred markets and simultaneously provide all the required services around it,” says Henrik Reinfeldt.

“Our announced shift of custodian, from JP Morgan to State Street, is also very exciting,” he adds, listing the two firms, together with BNY Mellon, as the world’s three largest, followed by Citi.

In this market, identifying your exact strengths will be key, according to Henrik Reinfeldt.

“JP Morgan is a great actor, and so are State Street and the others. But State Street has a couple of particular attributes that could be interesting for the Nordic market,” says Henrik Reinfeldt.

Not least, State Street has put a special effort into making advanced use of systems provided by Denmark-based Simcorp, which is a large supplier of portfolio systems in this region, he points out.

”It has not yet been rolled out here, and could take some time to develop. But going forward that could be very interesting since there are many Simcorp users among our clients and prospects.”