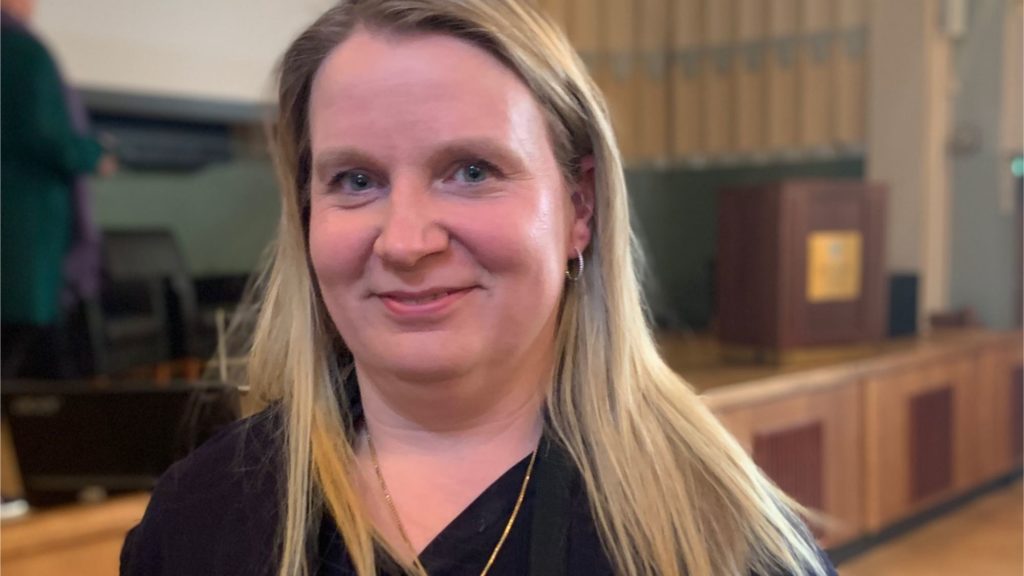 “We are a global engager”

Positive influence, rather than avoidance, is the main strategy of Finnish pensions manager Ilmarinen in trying to let its €48 bn portfolio make a positive impact on the world.

”We are a global investor,” says Anna Hyrske, Ilmarinen’s head of responsible investments, on stage at Helsinki’s old stock exchange building Pörssitalo for one of the final sessions of the PostTrade 360 Helsinki conference on Thursday afternoon.

”We are a domestic insurer – but a global engager,” she clarifies.

With a portfolio of Finnish pension savings worth €48 bn, Ilmarinen’s money will be making a difference through the many activities it is financing. Then, active influence in dialogue with the companies, and through collaborations with other investors, comes on top of that.

Avoiding heavy coal-oriented companies, makers of controversial weapons and cannabis firms is one part of the strategy. Yet, Anna Hyrske plays down the role of these avoidances in comparison with the impact of engaging in what investments are actually made.

Shutting investments has a drawback

“We don’t produce lists of companies we don’t invest in, because we don’t particularly like to talk about things we don’t do. We’d rather talk about all the things we do – how we engage. Shutting down isn’t making that much of an impact.”

Even companies that step wrong on human rights can remain eligible for investment – as long as they show readiness to improve. If not, they may eventually need to be dropped.

On the other hand, a company that is fundamentally a maker of controversial weapons cannot be expected to drop it, however much an investor claims it should.

To manage all this in practice, data is key: knowing and tracking what companies around the world do in various parts of their activities.

”This lets us be active shareholders,” says Anna Hyrske.

”To us, ESG is a risk management tool as well. That is something not everybody understands.”

Anna Hyrske puts great emphasis on the value of collaborations. She mentions UN-backed Principles for Responsible Investment (PRI), started in 2006, as one of the most important. A corresponding national Finnish group is FINSIF.

PostTrade 360 Helsinki is taking place on 30–31 October, at Pörssitalo. The agenda can be found here, and our editorial coverage is gathered here.